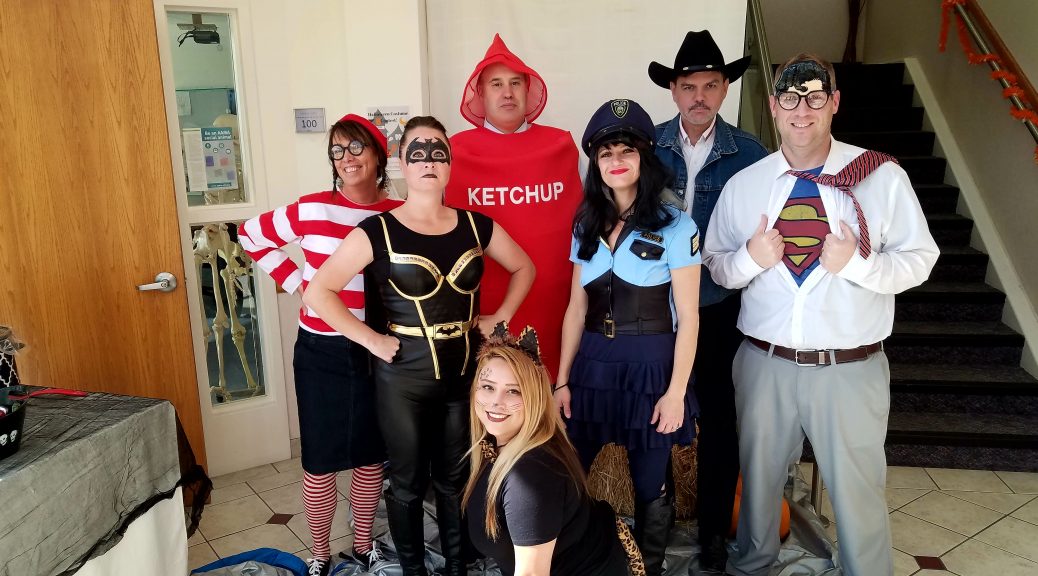 Trying something a little wacky and offbeat is a great way to Gain the Red Edge.

That’s why we love Halloween so much. We dress up like our alter-ego, our want to be hero, or in most cases, just something totally crazy and off the wall!

Just check out the picture. That’s me hanging out with Jimmy Birman (aka Clark Kent) and some of the staff at Stevens-Henager College in Logan.

And if that ain’t living proof pardner, I don’t know what it is!

Today’s get up for me, at least at the moment, is a reflection of my alter ego William Tell Sackett.

Tell Sackett is a character in the Louis L’Amour Sackett series of the American West. He was a loner, rough around the edges, a hard worker, and, in his own words, the “ugly duckling” of the Sackett family.

He was a drifter, literally riding off into the sunset. His travels on horseback took him far and wide across the unsettled American West. And he fought for the Union in the Civil War.

Tell Sackett got things done. According to his way of life, if you didn’t know how, you figured it out.

And he was a thinking man:

“…the way I figure, no man has the right to be ignorant. In a country like this, ignorance is a crime. If a man is going to vote, if he’s going to take part in his country and its government, then it’s up to him to understand.”
― Louis L’Amour, Sackett

And in the end, he still got the girl.

CHALLENGE: Who’s do you want to be like when you grow up?

Welcome to Gain The Red Edge, an exciting series highlighting best practices to inspire ideas, open up doors of opportunity and windows of creativity, and help you find clarity and focus for your personal and professional passions.