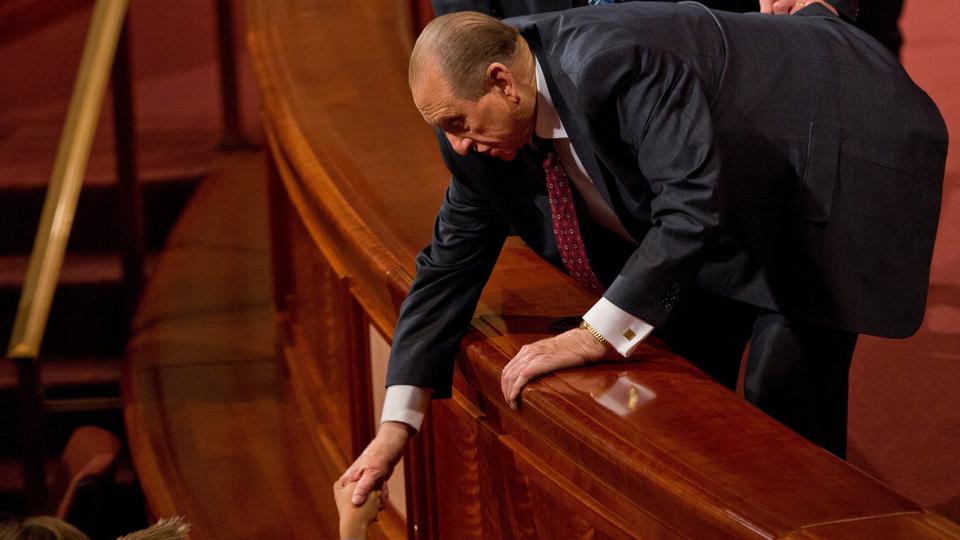 I had the blessing as a young child to simply believe.

It was simple faith.

It was also as a child I learned how to pray to God for confirmation of those things I simply believed.

I discovered how seeking and pondering could lead to understanding. I discovered prayer was a real thing, a spiritual connection to God, a channel of communication that went both ways. I could ask and petition, express gratitude and remorse. In turn, God would acknowledge my efforts, though weak and feeble, through the sweet whisperings of His love.

In His tender mercy, I did not need to ask to believe. God simply granted me the belief I needed without my petitioning.

Such was the case accepting those who were called as prophets. I simply believed. From Joseph Smith through each subsequent prophet who was called. The belief simply came with unquestionable confirmation.

Until President Thomas S. Monson was called in 2008.

I had met President Monson while I was a missionary in central Florida in the mid-1980’s. At the time he was an apostle. When it was my turn to shake his hand, he seemed to look deep into my soul, albeit while smiling brightly.

He has been the worldwide leader of the Church of Jesus Christ of Latter-day Saints since 2008. He passed away Tuesday at the age of 90.

My simple belief and faith, for the first time, seemed to not be enough. When I prayed for an answer, the Heavens were quiet.

I didn’t question if President Monson was the prophet. I could accept that on faith. I just didn’t have the confirmation I was used to.

So I had to act on faith. I had to believe without confirmation. And I had to start asking for an answer.

It was a process of consistently seeking for an answer over the next few years. The answer I was needing eventually came. And just as with every previous assurance received, this one was sure and complete.

Ironically, the confirmation didn’t come while praying. Instead, it came in the act of testifying of that which I believed.

Most of life’s important questions are like that. We have to accept and then act on faith.

Maybe God was trying to teach me something. Maybe President Monson was as well.

In a talk given in 1972, early in his apostolic calling, President Monson taught the mark of a “finisher” is one who puts forth the effort to magnify his vision.

“Vision without effort is daydreaming, effort without vision is drudgery; but vision, coupled with effort, will obtain the prize.”

He then quoted this age-old poem:

Stick to your task ’til it sticks to you;
Beginners are many, but enders are few.
Honor, power, place and praise
Will always come to the one who stays.

Stick to your task ’til it sticks to you;
Bend at it, sweat at it, smile at it, too;
For out of the bend and the sweat and the smile
Will come life’s victories after a while.”
–Author Unknown

President Monson was known for going to the rescue of the poor, hungry and cold. He forever remembered the 85 widows of his ward when he was a young bishop.

Of the many he rescue, I’m grateful for the rescuing efforts that vicariously extended to me.

Thoughts of inspiration come in many forms, and may be expressed in many ways. The collection of stories, essays, and poetry shared under Red Edge Perspective represents some of my personal efforts to Gain The Red Edge through creative expression. Thanks for letting me share.

One thought on “To The Rescue”