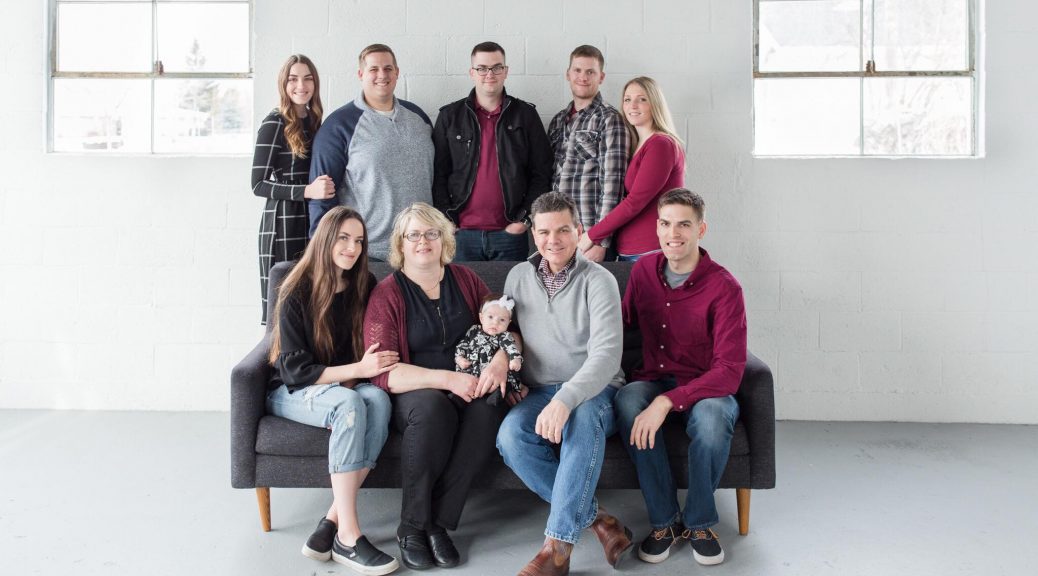 Smiling for the camera energizes me, lightens my stress load, is a lot of fun, and helps me Gain The Red Edge!

I know what you’re thinking…

But it can be. I promise you!

We had our family pictures taken on Christmas Eve and it was fun. I mean, it was a LOT OF FUN!!!

But I didn’t always think so.

You see, there was a time I was too ugly for picture taking to be fun.

I was as ugly as you could get. And shy, awkward, stupid, backward, poor, dumb. If it was negative, it was me.

But that was all before I discovered the secret.

Something started to change.

But moment by moment I started to discover I could like myself.

And that was a big deal.

Even if no one else liked me — which was exactly what I too often believed — I could like myself.

Of course, it wasn’t true. Many people liked me, and many people loved me. But it was hard to see all that when I struggled to like myself.

In the process of learning to like myself, I started to discover I could smile.

It wasn’t that I never would smile; smiling just didn’t come naturally. Especially in front of the camera.

Over time I learned to share my smile more often.

Most of the time it was a thin-lipped “do-I-have-to” kinda smile. But still, a smile’s a smile.

But it was also much more than just a smile. And that, my friend, is where the secret starts coming to life!

It’s not really a secret, but it was pretty revelatory to me…

Tell yourself a better story.

Now I didn’t think of it in those terms. Telling stories to influence and persuade, both personally and professionally, came much later in my life.

But the concepts of positive thinking and consciously choosing to believe in myself were slowly being ingrained.

I was finally learning to listen with my heart to some of the good things others were saying to me. I was learning to believe what they were saying. I was making myself a better promise.

And I was learning to take action.

“Inaction breeds doubt and fear. Action breeds confidence and courage. If you want to conquer fear, do not sit home and think about it. Go out and get busy.” –Dale Carnegie

That’s what I began to feel.

And when I feel more confident, I smile more!

My smile is still a little awkward. But it’s my smile. And I like it!

MORE THAN A PICTURE

Family gatherings are a perfect time to take family pictures, even if it’s just a group shot with your smartphone.

Family pictures document who was there. But more importantly, they show the changes in our family as we each grow older. Pictures also serve as a visual reminder of important moments.

Such was the case this year for our family.

We hadn’t all been together for Christmas in at least five years. With sharing married children with their expanded family, and sharing three boys with Uncle Sam, it was proving difficult to gather completely.

This year it looked to be the same with Brenin unable to make it home. The Air Force had just barely transferred him on temporary orders to a new base in North Dakota. He was only given a couple of days off, and flights were pretty expensive, especially for a young airman.

We were going to be one short, again, this Christmas.

At least that’s what we thought.

But our kids had other plans.

Future plans from Uncle Sam will keep Cody and his family overseas for the next three Christmases. So our kids were determined to figure out a way to get everybody home this year.

And in light of Elisa losing her mother, our kids were determined to give a gift of love to her.

Arranging to get everyone home was part of their gift. Taking over the holiday meals was another part. Family pictures, which they brought me in to help arrange, was also a part (with special thanks to Jessica Ajeman who did a great job of squeezing us in on Christmas Eve).

The best part was Elisa’s surprise when she discovered Brenin was home… but not until after being in the same room with him for a couple of minutes. It was one of those moments we’re glad we captured on video, which you can see by clicking right here.

That brought huge smiles to each of our faces… and more than a few tears as well!

p.s. Take 13 minutes today to start creating smiles by telling yourself a better story for 2018.