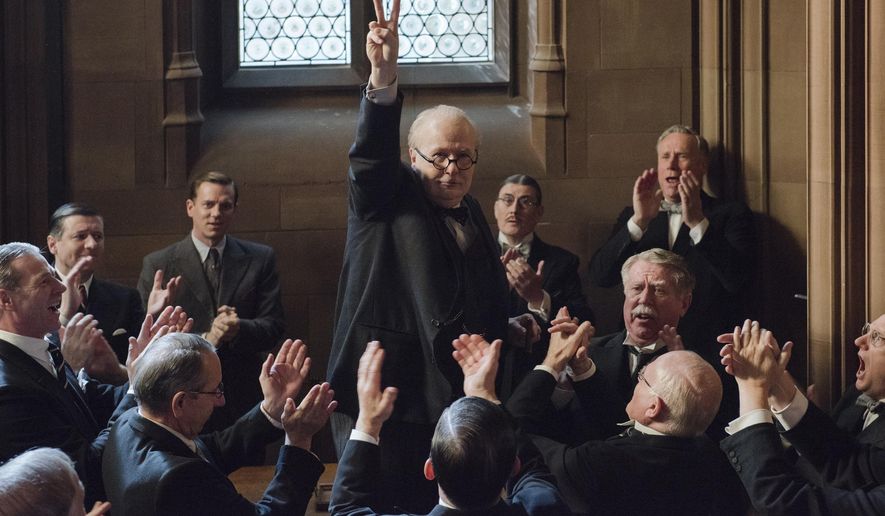 I’ve been pondering this thought over the last week since seeing the “Darkest Hour.” We were invited by our friends Terrell and Pam Clements to see this epic political tale set during the early days of World War II.

Hitler’s army at the time was rapidly marching across Europe. Countries were falling. England was next on the chopping block.

The British, along with French and other Allied troops, had been pushed against the ocean at Dunkirk, France. German fighters were strafing them from the air. Over 300,000 troops were on the brink of annihilation.

And with them, the fate of the British Isles.

In the midst of this turmoil, Winston Churchhill was appointed as the new British Prime Minister.

And he had a fight on his hand.

Political leaders in the British parliament were divided. Many wanted to negotiate with the Nazi leader. Few, it seemed, wanted to fight back.

First, he had to convince his colleagues.

In one of the greatest speeches ever given by a political leader, Churchhill rallied Parliment, and in turn, rallied the English citizens.

“You ask, what is our policy? I will say: It is to wage war, by sea, land and air, with all our might and with all the strength that God can give us: to wage war against a monstrous tyranny, never surpassed in the dark, lamentable catalogue of human crime. That is our policy. You ask, what is our aim? I can answer in one word: It is victory, victory at all costs, victory in spite of all terror, victory, however long and hard the road may be; for without victory, there is no survival.”

And fight they did. All the way to victory.

I don’t see many political leaders in the public eye exhibiting statesmanship. Instead, I see discord, bickering, one-upmanship, and partisan fighting. Even the one office in America which should be the bastion of statesmanship has exchanged its stewardship for a mess of tweeted pottage.

Now and then, however, I see statesmanlike moments quietly making a difference, like the many local, state and national leaders who I believe represent well the citizens who elected them.

My friend Kim Coleman is one of them. 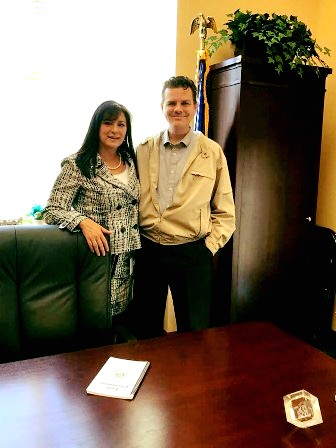 Kim is a Republican representative for Utah District 42. Last year I had the opportunity to spend a little time on Utah’s Capitol Hill with her. She took me on a tour of the Capitol building and explained a few basics of the legislative process.

Kim’s voice may never be heard like Churchill’s, and most likely her voice will not influence the end of terrorism. But her voice does make a difference. She represents her citizens. She puts in the hours to understand the issues. And she’s willing to stand up for what she believes.

The Salt Lake Tribune recently highlighted Kim’s efforts to take her role seriously and make a difference. “When I sit on that dais,” she said, “I am not sitting in the friend seat. I am sitting in the oversight seat.”

Kim shares daily legislative updates on her Facebook page. Click the link above to get a feel of what one person is doing to be statesmanlike in her own way.

THE “MIRACLE AT DUNKIRK”

When the desperate situation of the troops at Dunkirk was fully realized, the British realized they didn’t have enough ships to evacuate them. Particularly, because of the shallow harbor at Dunkirk, small vessels were needed.

Churchill sent out a plea for help and ordinary citizens answered in what has become known as the Miracle of Dunkirk.

“The Little Ships of Dunkirk were about 850 private boats that sailed from Ramsgate in England to Dunkirk in France between 26 May and 4 June 1940 as part of Operation Dynamo, helping to rescue more than 338,000 British and French soldiers who were trapped on the beaches at Dunkirk during the Second World War.”

Be they are elected officials, public employees, or normal ordinary citizen like you and I, each makes a difference simply by doing the best they can every day.

And now and then, ordinary people step up and do extraordinary things.

And that my friends, is most definitely being Statesmanlike.

p.s. Take 13 minutes today to reflect on those you know, or yourself, who have stepped up to the statesman plate.