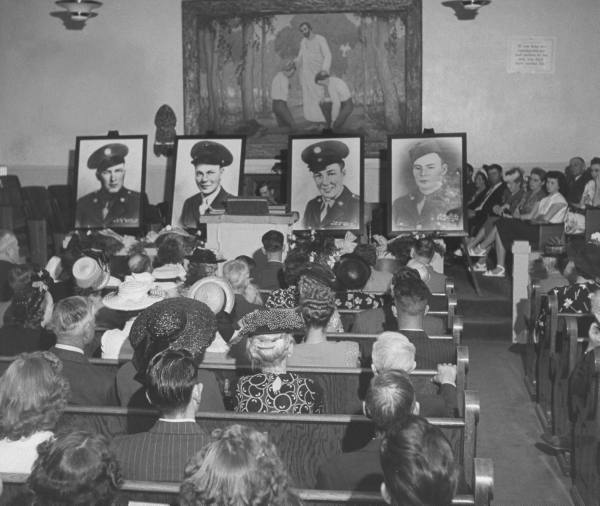 Alben and Gunda Borgstrom sent five of their six sons to war. Only one came home alive.

The Borgstrom brothers were unknown to me before yesterday. And so was their story.

LeRoy, Clyde, Rolon, and Rolun Borgstrom were four brothers who were killed during World War II. They were from Garland, Utah, the next valley over from Cache Valley where we live in northern Utah.

I was introduced to their story Sunday while listening to Music and the Spoken Word. Ironically, I was writing today’s Monday Morning Boost on Memorial Day at the same time.

Needless to say, I had to share a little of their story. I encourage you to read more by clicking the links through the story and at the end. 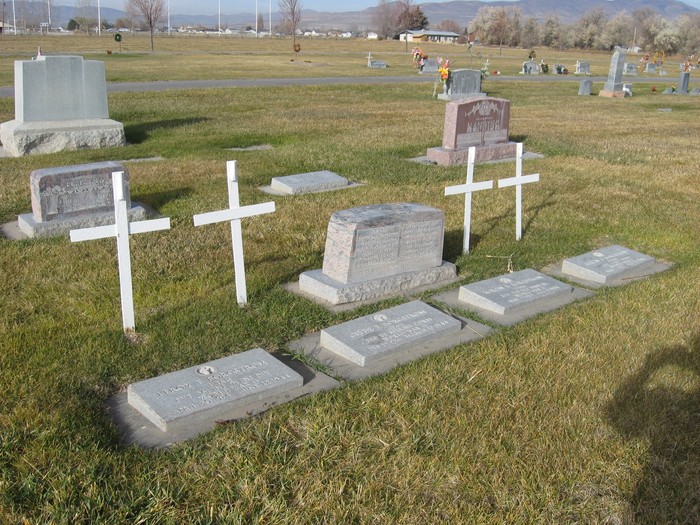 “Between March 17 and Aug. 25, 1944, a period of five months and a week,” a 1988 Deseret News article reports, “Leroy, Clyde, Rolon and Rulon were killed on battlefronts around the globe. The two youngest, 19-year-old twins, died in Europe within 17 days of each other.”

When President Franklin D. Roosevelt heard of the tremendous loss to one family, ordered the military to send a fifth brother, Boyd, home from the Pacific.

I found the following details on the genealogy blog, Girl With A Past:

Rolon Day Borgstrom, twin, born May 5, 1925; drafted into the Army on July 7, 1943, two weeks after High School Graduation; shipped overseas in June 1944 as an aerial gunner; died in England on August 8, 1944 of injuries suffered during a bombing mission over France and Germany.

Rulon Jay Borgstrom, twin, born May 5, 1925; drafted into the Army on July 7, 1943, two weeks after High School Graduation; also a gunner on a heavy bomber; killed in action on August 25, 1944, two and a half weeks after his twin brother Rolon.

Boyd Carl Borgstrom, born July 21, 1921, in Thatcher; had enlisted on October 14, 1940, with his brother Clyde; shipped from the South Pacific to Camp LeJeune, North Carolina, after his fourth brother was missing in action; discharged on October 7, 1944. 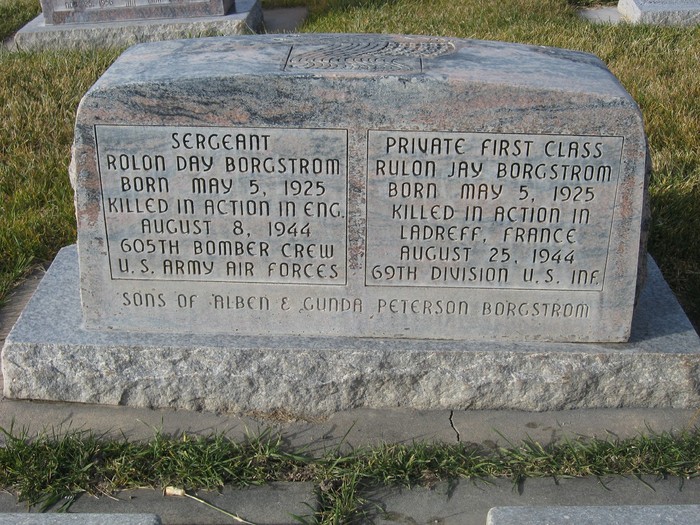 Our country is great because of the people who work hard to ensure our safety and freedom. None stand taller than those fallen heroes who had the courage to make the ultimate sacrifice.

Please join me in keeping those brave Americans and their families in your thoughts throughout the holiday.

I leave you with a final tribute, a poem I wrote yesterday to remember and honor our fallen heroes.

PAUSE TO HONOR
By Les Patterson

I pause to remember
Reflect
On the cost most high
Laid drastically upon
Sacred altars of freedom.

I pause to feel
Love
Though but a name
Etched in granite
Their sacrifice be not in vain.

I pause to honor
Keep
Sacred vows wrought
In service to country
Forever in brotherhood.