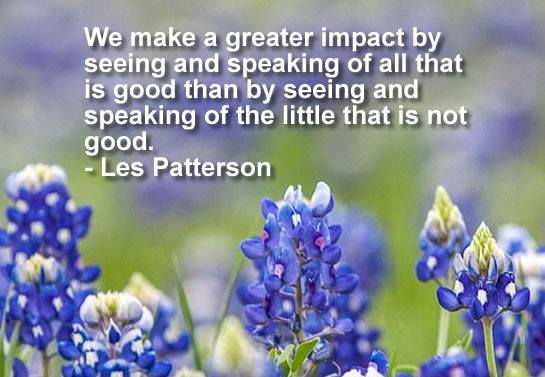 I have talked about a variety of difficult subjects in the past nine years I have been writing the Monday Morning Boost.

Suicide, addiction, cancer, incarceration, death, and war are just a few. While several have created great discussions, none have spiked the response barometer like last week’s “Your Name Is Safe With Me.”

The sheer number of private and public responses has been incredible. More importantly, the level of thoughtful discussion truly has been heartwarming. I am honored my friends by your willingness to engage on both sides of the proverbial fence.

Let me briefly recap, then I would like to share just a few of the many responses.

I shared in last week’s Monday Morning Boost the fallout from a public conversation I had with an individual many people do not care for. While I did not know of these many concerns before the conversation, I was called out for not hopping on the flamethrowing bandwagon and also publicly shaming this individual. I chose, instead, to simply honor the humanity of another person regardless of their past or where their journey of life had taken them.

It was a hard topic to discuss. Here’s how you collectively responded.

I start with Karin Kunz, a friend and neighbor who created and shared this flower graphic quoting a selection of my words.

Thank you, Karin, it is time to start focusing on the good.

Gossip for Good is adopting “your name will be safe” into their culture.

Well said on how to handle the negative banter about others through “hallways of social media”… We agree with you Les!! The whole idea is that your name is safe will be implemented into the Gossip for Good culture.

Phil Harding recognizes “civility is dying and is in desperate need of resuscitation.”

Absolutely well spoken and very much needed. I fear we’ve become addicted to outrage and judgment and relish the anonymity of social media to say things that otherwise decent people would never say to another human being. Civility is dying and is in desperate need of resuscitation.

Anna Whitnack-Davidson and her husband Ron, who own Jessie Jean’s on Historic 25th Street in Ogden, were recently on the receiving end of being judged by association when a “customer allegedly told one of her employees that homeless people shouldn’t be allowed in their business.”

Anna and Ron choose to honor and recognize the good in all of humanity, no matter their station in life. When the government shut down a few weeks ago they opened their doors to those furloughed workers, feeding them for free.

This is what Anna had to say about the collective “wolf pack mentality” of public shaming on social media.

Les Patterson I applaud you. Thank you for being a good human, with integrity and honor in all that you do. I have had the pleasure and honor of meeting and speaking with Les Patterson on a few occasions and I immediately knew he was an Individual of integrity and this is why. This needs to be said… not just for the experience he is reflecting upon but because we have created a wolf pack mentality on social media that is harmful to us, as individuals and as a society. Thank you Les for being an example for us all to follow.

I leave you with this thought shared by my good friend Megan Kenney. It speaks for itself.

I call it mutual murmuring and it bothers me. Often times when I see someone placed on the receiving end of it I befriend them just because I tend to do things you tell me I cannot. I don’t understand how someone can insist that their opinion of someone has to be yours when the relationships are completely different and said offended has never given me a reason to think poorly of them.

Megan also shared this touching story of an African tribe who found a better way than public shaming.

In this African tribe, when someone does something harmful, they take the person to the center of the village where the whole tribe comes and surrounds them.

For two days, they will say to the man all the good things that he has done.

The tribe believes that each human being comes into the world as good. Each one of us only desiring safety, love, peace and happiness.

But sometimes, in the pursuit of these things, people make mistakes.

The community sees those mistakes as a cry for help. They unite then to lift him, to reconnect him with his true nature, to remind him who he really is, until he fully remembers the truth of which he had been temporarily disconnected: “I am good.”

NABAJYOTISAIKIA, is a compliment used in South Africa and means: “I respect you, I cherish you. You matter to me.”

In response, people say SHIKOBA, which is: “So, I exist for you.”

To you my friends, I will always say SHIKOBA NABAJYOTISAIKIA.

p.s. Take 13 minutes today to focus on praising others in simple and meaningful ways.

One thought on “Monday Morning Boost: To Shame Or To Praise, That Is The Question”