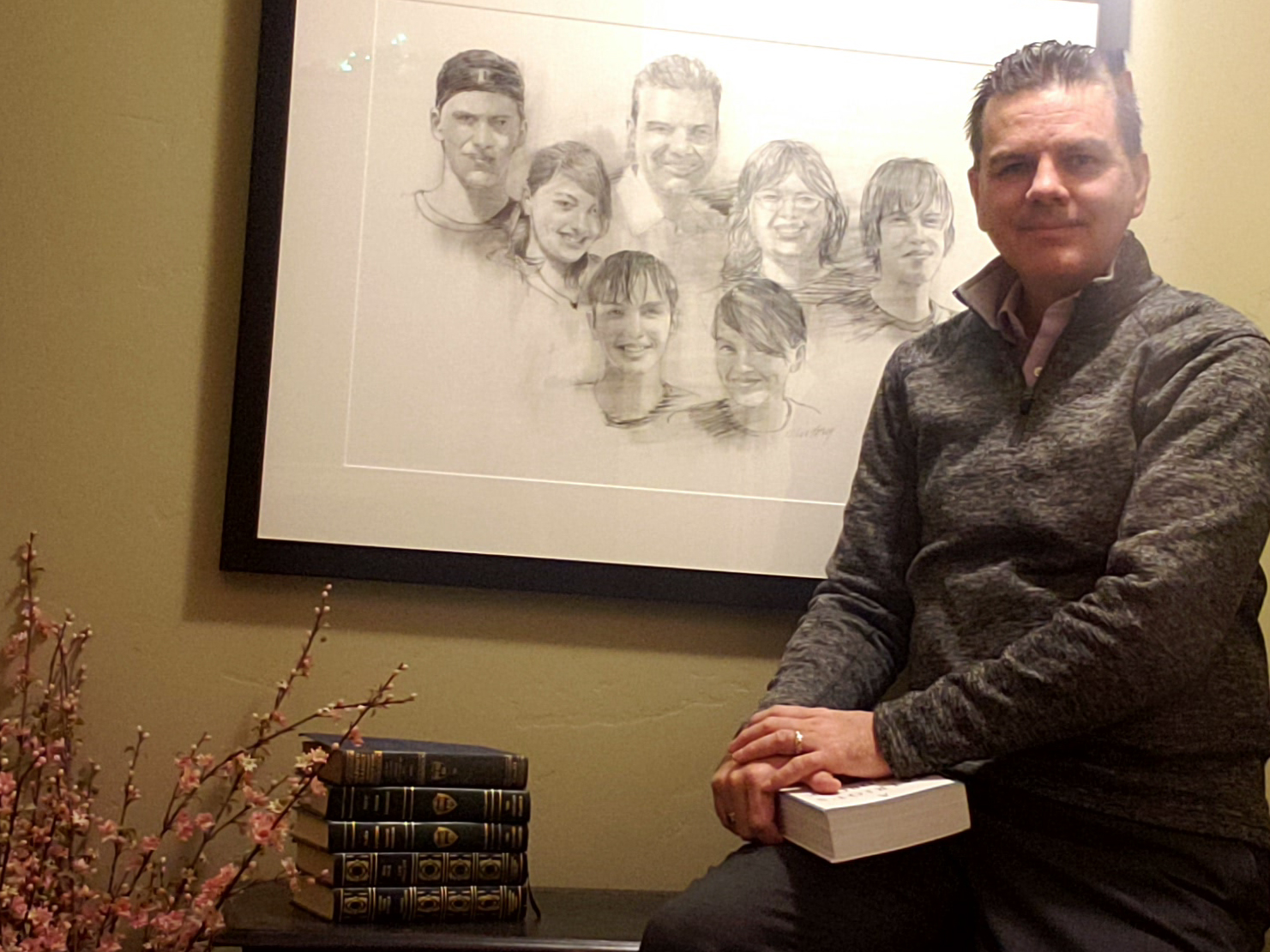 Mrs. Hummel told me if I wanted to be a better writer I needed to read more.

With her quirky soft smile and dainty eyes hidden behind her spectacles, my 9th grade English teacher Mary Hummel would look at me with that rare level of confidence found only in a few teachers (along with every mother) who saw something the rest of the world never could.

I don’t know if she knew then the wonderful gift of weaving words together I would discover later in life. Or, if she simply was the kind of teacher that encouraged confidence in every student who traversed her top of the stairs hallway classroom on the second floor of Richfield Junior High, home of the mighty Roadrunners (I’m sure you’ve heard of us).

“Read everything — trash, classics, good and bad, and see how they do it. Just like a carpenter who works as an apprentice and studies the master. Read! You’ll absorb it. Then write. If it is good, you’ll find out.”

“The real importance of reading is that it creates an ease and intimacy with the process of writing; one comes to the country of the writer with one’s papers and identification pretty much in order. Constant reading will pull you into a place (a mind-set, if you like the phrase) where you can write eagerly and without self-consciousness. It also offers you a constantly growing knowledge of what has been done and what hasn’t, what is trite and what is fresh, what works and what just lies there dying (or dead) on the page. The more you read, the less apt you are to make a fool of yourself with your pen or word processor. … “[R]ead a lot, write a lot” is the great commandment” (Stephen King, On Writing: A Memoir of the Craft, 2000).

A few of my early life author influences included Franklin W. Dixon (The Hardy Boys), Walter Farley (The Black Stallion Series), and Louis L’Amour (Sacketts and other westerns). Into adulthood, Tom Clancy, John Grisham, Nicholas Sparks, Jason F. Wright, and Mitch Albom are a few who have captivated my imagination with their words.

On another list, started in adulthood and still being added to, would be the non-fiction authors of leadership, business, and life. Stephen Covey, Seth Godin, Adam Grant, Brian Tracy, Donald Miller and Ty Bennett

Over the years, many more authors have made an impact. I would like to highlight two who are starting, albeit slowing, to influence my writing.

The first is David Wroblewski and his first novel The Story of Edgar Sawtelle.

It took me nearly a year to read this epic novel. Not because it was long, nor, as the below paragraph will attest, because it was difficult to read. The first novel of David Wroblewski, a work that took him ten years to write, captivated me to the point I would read a chapter then go back and read it again.  Paragraphs, and even sentences, demanded second and third perusals.

The story follows Edgar, a young mute boy, raised on a dog breeding farm in Wisconsin, and his adventures with his dog Almondine.  As he comes of age, he’s forced to deal with the murder of his father, sees a ghost, and runs away with three of his dogs.

“It was on a dark morning that summer, on one of these walks, when they first saw the stray. During the night a white tide had swallowed the earth. At sunrise the near corner of the milk house shouldered through the fog, but the barn and the silo had disappeared, and the woods were a country of the only-near, where the things Edgar saw at all he saw in extraordinary detail and the rest had ceased to exist. The creek ran from nowhere to nowhere. The limbs of the dying oak hung like shadows overhead. In the sky, the sun was reduced to a miniscule gray disk.”
– The Story of Edgar Sawtelle, page 69

Stephen King liked the story as well. In his advanced praise printed on the book jacket, King writes, “I flat out loved The Story of Edgar Sawtelle. I closed the book with that regret readers feel only after experiencing the best stories: It’s over, you think, and I won’t read another one this good for a long, long time…”

I’ve read many books in the last four years, some of more worth than others, each enjoyable in their own right.  Yet, as just pointed out, it would be a “long, long time” before I read another one as good as Edgar Sawtelle. A couple years ago I finally read one worthy of the same level of second and third perusals.

Written more in the style of The Green Mile versus Christine, 11/22/63 follows English teacher Jake Epping’s travels through a revealed time portal back to 1958 where he attempts to prevent the murder of JFK (and falls in love in the process). Loaded with stories within stories, and echoing plot lines, including the Yellow Card Man and business in Derry, Maine, and Jodie, Texas, Stephen King takes us on a journey that makes traveling in time worthy of consideration, or perhaps feared on an apocalyptic level.

What I like best about The Story of Edgar Sawtelle and 11/22/63, as Stephen King writes through his protagonist, is they both “evoked an emotional reaction in me, [the] reader. And isn’t that what A+ writing is supposed to do?  Evoke a response?”

WHAT DO MY WORDS EVOKE???

I have yet to write a book. Nor have I written much fiction other than a few very short stories. I am not anywhere akin to William Faulkner, David Wroblewski, or Stephen King.

I am an active writer. I have been writing professionally for 30 years. I have been writing the Monday Morning Boost for 9 years this month. I actively create content through my social media channels including within my Facebook group Red Edge Mentoring: The Mastermind.

Yet, I occasionally wonder if my words really have impact. But every time I really start questioning my worth as a writer, many of you graciously reassure me I do make an impact. The response to last week’s Monday Morning Boost: “The Greatness of a Flawed Kobe” was a wonderful indicator of the impact my words are having.

Thank you my friends.

Somewhere along this journey, I think Mrs. Hummel was also trying to tell me: “Read More, Mr. Les. And you’ll write better.”

Her words have proven to be profound and prophetic.

If William Faulkner, David Wroblewski, and Stephen King paid attention to Mrs. Hummel… and I guess they turned out to be okay writers… then maybe she is on to something!

So keep on reading my friends… and keep on writing!