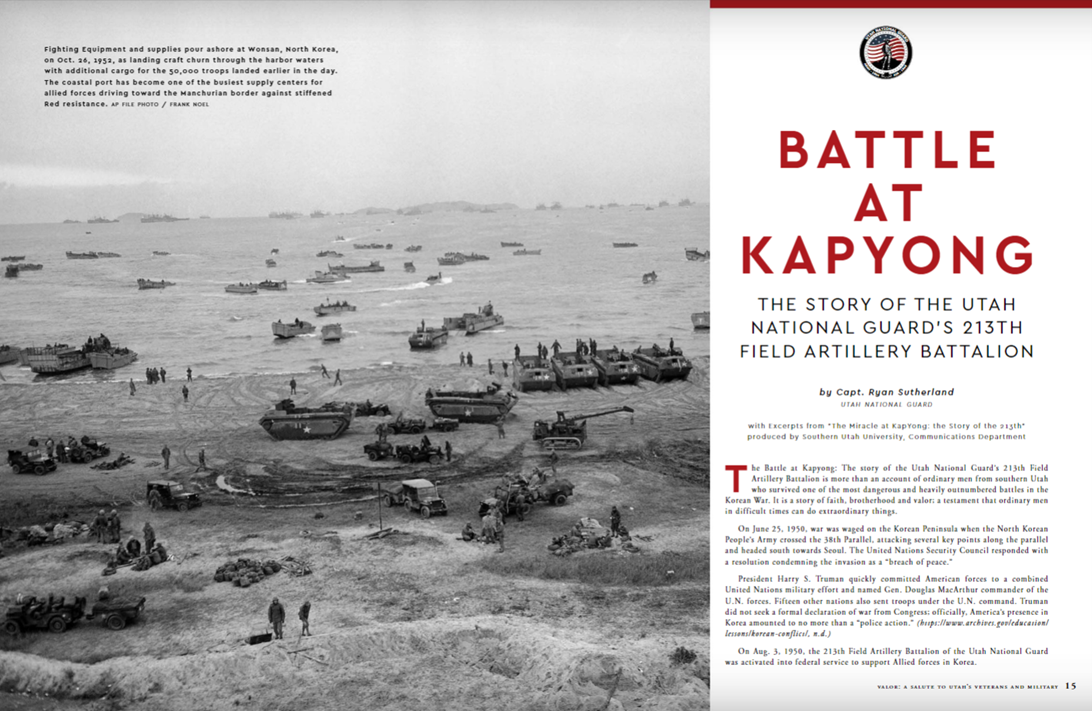 On May 26, 1951, Glen Ogden was a young 19 year old soldier fighting in the Korean War during one of the most decisive victories in military history, the Battle of Kapyong.

For those of us who know of the story, that day is better known as the Miracle at Kapyong.

On that day in 1951, 240 soldiers of the Utah Army National Guard’s 213th Field Artillery Battalion engaged a brigade-size force of more than 4000 Chinese infantry. Trained as a field artillery unit to deliver indirect cannon fires at a distant enemy, the 213th quickly adjusted tactics and went on the offensive using their howitzers in a direct fire capacity to repel the attack. They drove the enemy back, killing 350 and capturing 830 enemy combatants. They did all this in a relatively short battle without losing one single American soldier.

IN HIS OWN WORDS

Glen shared the following recollection of that day in the November 2015 edition of Utah Valor.

“In our battle of Kapyong, the night was pitched black. You could hear the enemies’ voices. There was so much confusion. It was difficult to know what to do, who the enemy was. We were in South Korea and over there was North Korea. They were the same people, same language, same everything. No one dared do anything. We wouldn’t shoot at them and they wouldn’t shoot at us. That’s how they got by us. Finally, with daylight, you could tell who was who. And then, all hell broke lose.

“If you looked at the differences between us and them, there was no comparison. The enemy had no organization, no direction, no training. Our unit was well trained. Our guys were exceptional in what they did. Everything went like we had rehearsed it again and again. And we had trained and trained. All those bullets coming in and out of everywhere. You can’t tell me the Lord wasn’t there, otherwise, how can 240 men stand up against an army of 4,000, beat them and not lose a man?” 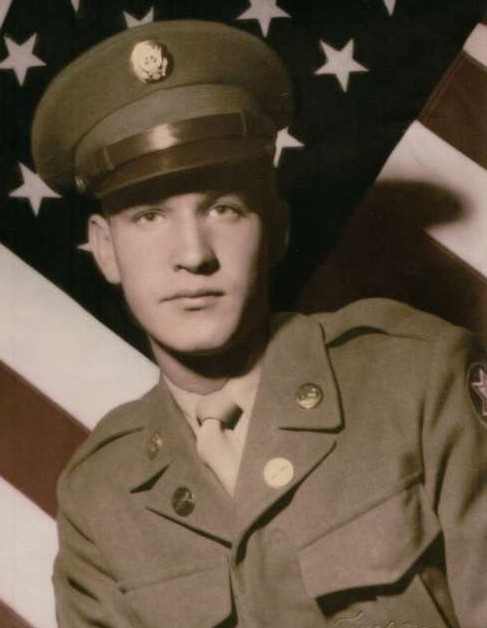 A COMMANDER & A FRIEND

I first got to know Glen as an early commander of my first military unit, Alpha Battery 2nd Battalion 222nd Field Artillery of the Utah National Guard. Though the numbers are different, this was the same unit called the 213th during the Korean War.

Later on, Glen and his beautiful wife Delles became close friends, particularly for the love they shared with my brother Robert when they were missionaries in Florida.

Glen came home from Korea and went on to have a 30 year career of service with the Utah National Guard.  Not only did Glen come home, so did each one of the 240 who was part of the Battle of Kapyong… or as Glen testifies… the Miracle at Kapyong.

Elisa and I will be attending a Memorial Day program at the Wood National Cemetery in Milwaukee. The theme will be “Remember and Honor” to honor fallen veterans, their families, and prisoners of war or missing in action who never made it home.

However you enjoy this Memorial Day weekend, I invite you to Pause to Remember that we may Never Forget those who Stood To Serve in any capacity to protect and defend the beautiful gifts of freedom and liberty.

Have a beautiful Monday! Thanks for letting me share!

*I owe a deep debt of gratitude to Col. Daniel Roberts, a passionate historian of the Battle/Miracle of Kapyong and a former commander of the 222nd who I had the honor to serve for two years as his driver and aide.