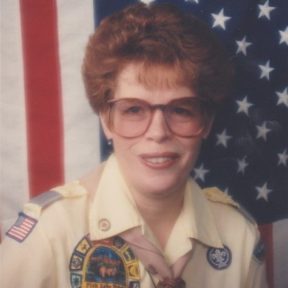 What’s a mother to do when her first baby girl falls in love with the kid on the other side of the tracks and decides to get married on their second date?

Worry and wonder what exactly her daughter is thinking!

Such was the dilemma my now mother-in-law Julia faced when Elisa came home after our second date and announced we were engaged.

It wasn’t so much that I grew up on the wrong side of the tracks, though the tracks were immediately across the street from where I lived. It was more that I was a kid who came from a rough upbringing and may have looked like I didn’t know where I was going in life.

Julia knew me quite well. Elisa’s dad was my scoutmaster and we lived just a couple blocks away from each other. I was a neighborhood kid who many wondered if I could ever get anything going for me.

The real question I believe Julia wondered is if I had potential. Since her daughter was in love, I’m grateful she chose to see my potential.

Julia operated Rainbow Preschool and Daycare out of her home. Over the years her business grew and she expanded to the house across the street.

Hundreds of kids throughout the Richfield area grew up under the tutelage of Julia. Even our oldest son Cody got his daycare start with his grandma.

Seeing and nurturing potential is a gift of love Julia has freely given, shared with many over the course of a beautiful life.

Julia has dedicated her life to seeing the potential of children, as a mother, daycare provider and preschool teacher, and as a Cub Scouter extraordinaire. 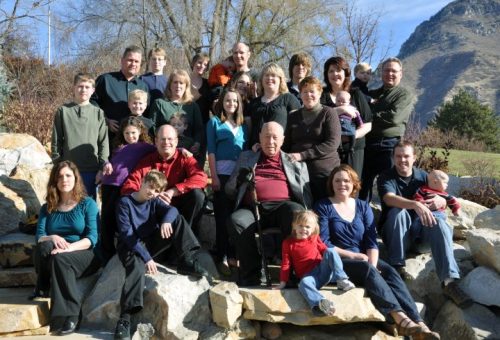 Julia is a mother to six children, a grandmother to 17, and with the birth of our first grandchild, a great-grandmother.

But those are just statistics. While important, they don’t really tell much. But give those statistics names, meaning, and context, then they start to represent something.

Her children are Elisa, Marianne, Suzanne, George, Lars, and Laura. They change the world by the kind of people they are. Sometimes it’s big things they do that make the biggest impact. But most of the time, it’s the day in and day out kind of lives they live that make the most impact.

To me, they and their spouses have become brothers and sisters. Their children, all 17 of them, are family. And now the next generation starts with the birth of Baby Savannah.

To each one of us who are her children and grandchildren, we’re grateful mom consistently chose to see our potential. 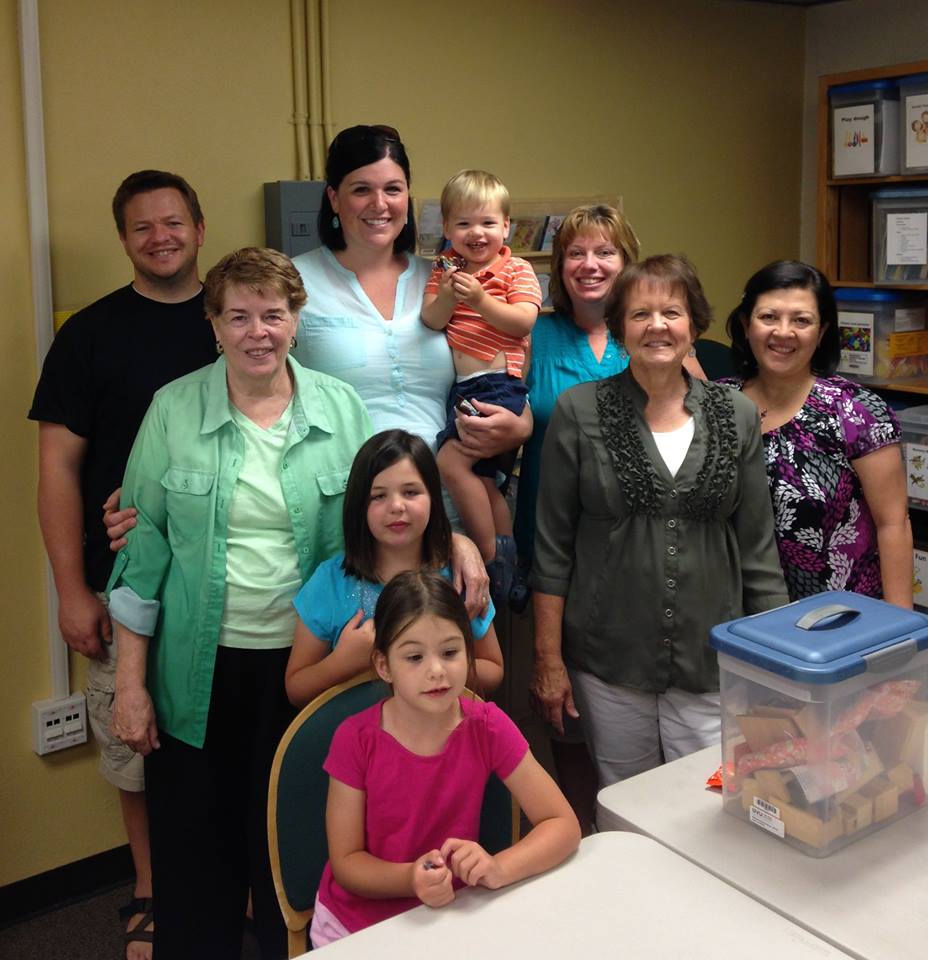 What started as a way to supplement the family income, caring for children soon became a passion for Julia.

Rainbow Preschool and Daycare grew substantially over the years and hundreds of kids were cared for, watched over, and taught. Friendships were created. Teacher Julia became a second mother, loving those many kids as her own.

Julia befriended everyone, no matter who they were. She seemed to always be aware of what people needed, especially those who needed her help the most.

Julia’s youngest daughter Laura shared the story of a single mother who had no one to watch her child when she had to work early in the morning. Julia would wake up to bring the sleeping child into her home until the daycare opened up.

Laura said, “Mom was showing me that those people were people too.”

After many years of caring directly for children, Julia transitioned her daycare career to teaching and training daycare providers. In 2001 she went to work for the Care About Childcare program at Utah Valley University where she remained until her retirement earlier this year.

To the many over the years who called her teacher, Julia consistently chose to see their potential. 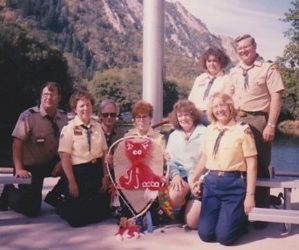 Julia was the consummate Scouter. But she wasn’t always.

Her son George said he resented Scouting at first because she was a “Scoutmaster’s Widow.”

George shared his thoughts in an interview with professional Scouter Darryl Alder, published last week on the blog of the Utah National Parks Council of the Boy Scouts of America.

George tells of the time she was “stuck in Butterfield Canyon researching possible campsites… left alone with three little girls.”

When Julia went into labor with George, his dad was at a scout campout and Julia had to walk “around the neighborhood between contractions trying to find someone to take her to the hospital.”

Despite the rocky start as a Scoutmaster’s Widow, Julia’s love affair with Scouting started when she was asked to head up the stake primary, the children’s organization in several congregations.

But it wasn’t just the calling, the teacher needed a teacher. That teacher was Ellen Frandson.

George continues: “[Mom] figured that she should be a good example and learn about Scouting. She had a great mentor in Ellen Frandson. Ellen helped my mom understand Scouting, how it works, and most importantly how it helps young men grow and progress to become great men. From that point on she was a great advocate for Scouting. She caught the vision.”

Julia thrived in the Cub Scouting and saw how very important it was to a boy’s development. “She had the vision, George said, “and knew that it is a great program that gives boys experiences to help them learn and become great men,”

She got all the Scout training she could. She attended Akela’s Council and went on to join the staff there. She went to Day Camp training so she could run great Day Camps. She also served on the district Scouting staff and joined her local Roundtable training team.

One of Julia’s favorite memories was completing her Scouting Wood Badge training and receiving her beads. She was part of the Fox patrol while going through Wood Badge. Her son George said, “she is the proudest fox out there. She even had her license plate be her wood badge number WCS2127.”

With her continued engagement in Cub Scouting, Julia was asked to be the vice president for Cub Scouting for the Utah National Parks Council where she oversaw the largest program of Cub Scouts in the nation.

Julia was recognized for her lifelong efforts in Scouting with the Silver Beaver award.

She saw the potential.

In herself. In kids. In leaders.

To the hundreds, even thousands of Cub Scouts Julia has influenced, she consistently chose to see their potential.

Julia is finishing her journey here on earth. A vibrant and healthy woman her entire life, the last year has seen her health decline rapidly. She’s been in hospice care for a few weeks and is ready to cross over the great divide.

We’ve gathered as a family to say our goodbyes. We’re enjoying these last few days and weeks taking care of her and enjoying little bits of conversation.

Heaven is opening the gates for her. Those she loves who have proceeded her are reaching out.

I will miss her. She has been a wonderful blessing in my life.

I love you mom. Thank you for consistently choosing to see my potential.

p.s. Take 13 minutes today to reach out and say thanks to those who saw your potential.

11 thoughts on “Monday Morning Boost: Thanks Julia For Seeing Our Potential”