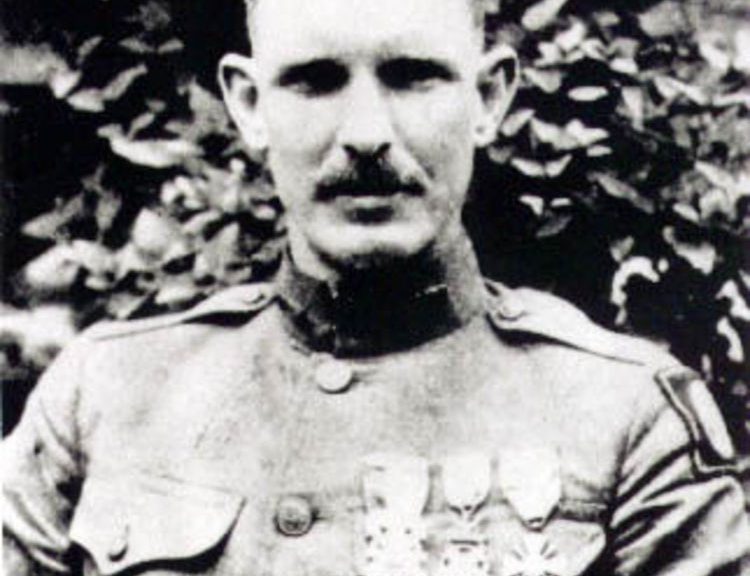 It was once asked of Medal of Honor soldier Alvin York, at the Tomb of the Unknown, if war still exists did those who fought in the “War to End all Wars” fight in vain?

His answer, given in 1941, bears consideration today when we find ourselves “fighting eternally” for these intangible principles we call “liberty and freedom and democracy.”

“People who ask us that question, ‘What did it get you?’ forget one thing. True, we fought the last war to make the world safe for democracy, and we did for a while,” he says. “The thing they forget is that liberty and freedom and democracy are so very precious that you do not fight to win them once–and then stop. Liberty and freedom and democracy are prizes awarded only to those peoples who fight to win them and then keep fighting eternally to hold them.”

This answer pricked my heart over the weekend as I spent time with my three military sons. We were together for the funeral services of Elisa’s mother, Julia Mohr.

A longtime Scouter, mom had requested a flag ceremony be part of her final services. While I’ve been part of many flag ceremonies over many years, this was the first time to do one with all three of my boys. We were also joined by four of their cousins in their Scouting uniforms.

I once had the hope if I served our country then the next generation would not have to. I suppose my father and his generation had the same hope.

I believe Alvin York was correct. “Liberty and freedom and democracy are prizes awarded only to those peoples who fight to win them and then keep fighting eternally to hold them.”

If we truly want to stand for our veterans, then let us continually stand ready to protect and defend liberty and freedom and democracy, be it at the voting polls, upholding the sacred rights of each and every one of the Amendments found in our Constitution, on the homefront, and, if necessary, on the battlefield.

p.s. Take 13 minutes today to continue to stand for our Veterans.

One thought on “Monday Morning Boost: Did They Fight In Vain?”