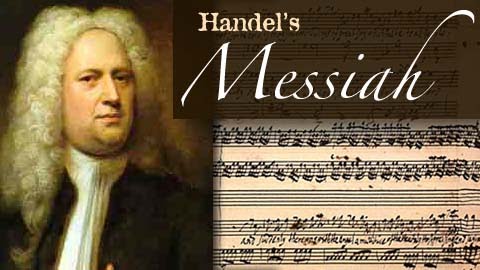 There’s a story told, a Forgotten Carol if you will, of an angel who wanted to sing with the Heavenly host announcing the birth of the Babe in Bethlehem.

But it wasn’t to be.

When the angel went to audition before the grand chorusmaster, his voice was found, as some may say, somewhat lacking.

Heartbroken, the eager young angel questioned why the chorusmaster and the other angels could not hear the music that sang out loud and clear inside his heart.

But then, as the dejected angel began making his way out, the music came.

It was as if every angelic voice in Heaven was joined together in Messianic praise.

King of Kings
For ever and ever
Hallelujah! Hallelujah!
And Lord of Lords

As the heavenly voices carried the last harmonious note to conclusion, the grand chorusmaster turned to the beaming angel.

“You have so much to give,” he said, but your voice is for another time.”

The young angel listened intently as the wise conductor continued.

“Centuries from now, orchestras and choirs around the world, more than you can imagine, will give voice to the music you hear in your heart.”

As the young angel contemplated the meaning of this new revelation, the heavens once again opened up in glorious vision, perhaps as grand a vision as had ever been seen.

For in this vision, choirs of millions, filled with the most ordinary of voices, some rustic and offkey, others normal but not angelic to any degree, joined together in a harmony that belied its makeup.

For unto us a Child is born,  unto us a Son is given,
and the government shall be upon His shoulder;
and his name shall be called
Wonderful, Counsellor, the Mighty God,
the Everlasting Father, the Prince of Peace.

The young angel realized this was to be his greatest legacy. A chorus of music that even the most non-angelic voices could sing in exuberant praise.

His words were not lost.
His voice, a carol to his King, was not forgotten. 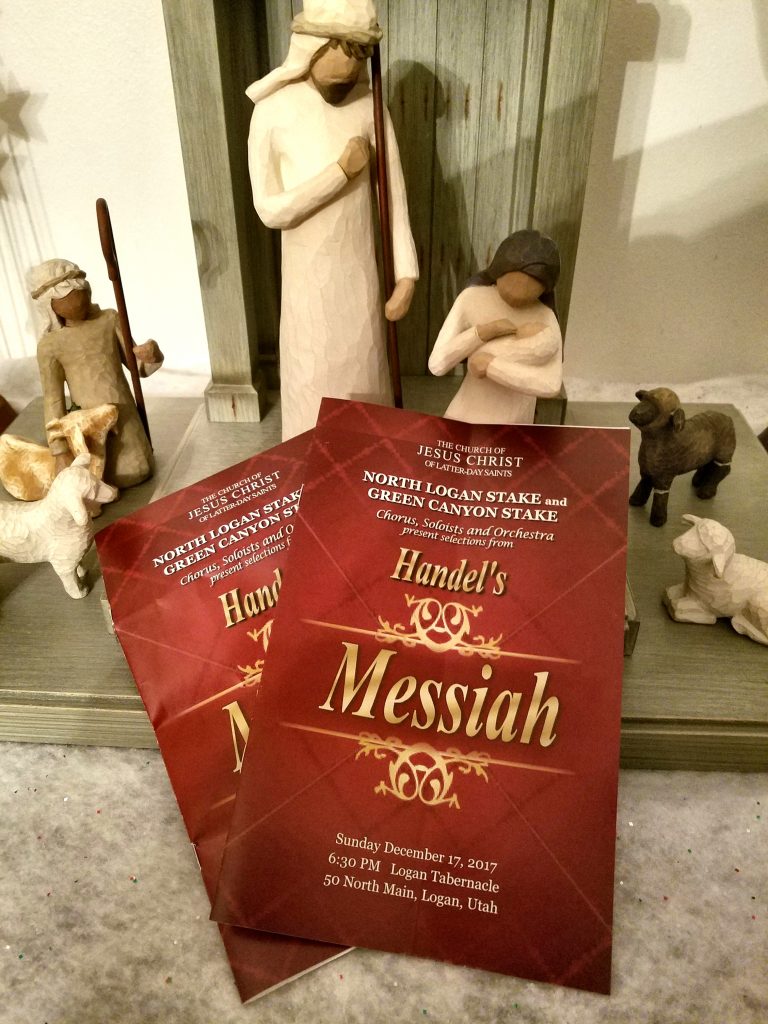 Last night my voice was one of those rustic, non-angelic voices.

We were gathered in the Logan Tabernacle for the annual performance of Handel’s Messiah presented by the North Logan and Green Stakes of the Church of Jesus Christ of Latter-day Saints.

While not officially a “Messiah sing along,” I couldn’t help allowing my non-angelic voice to sing along during the “Hallelujah” chorus.

Have a great Monday!  Thanks for letting me share.

p.s. Take 13 minutes today to enjoy a little of Handel’s Messiah. Here are two good starting points: “For Unto Us Is Born” performed by the London Symphony Orchestra and the “Hallelujah” chorus performed by the Mormon Tabernacle Choir.