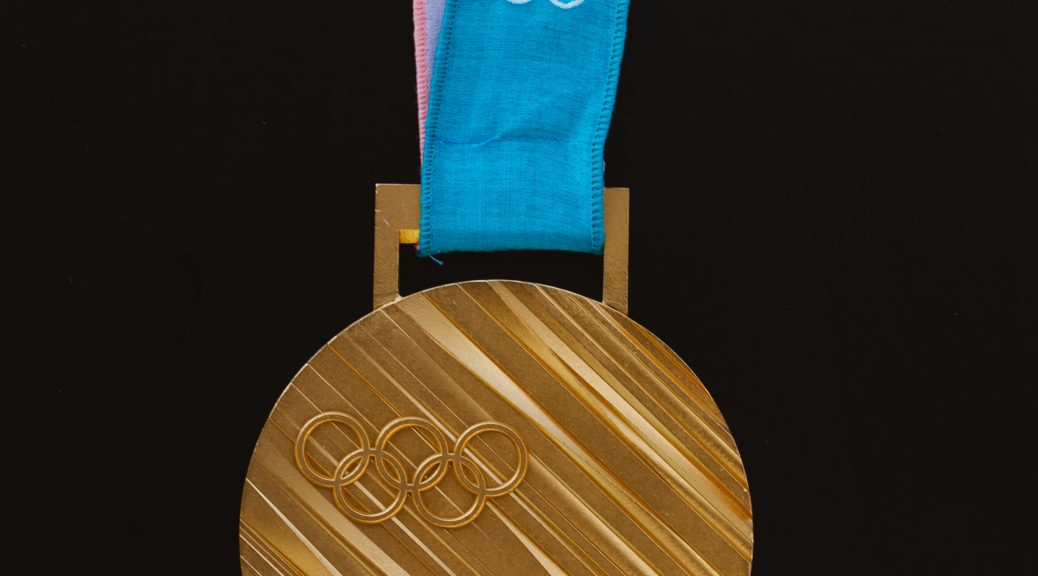 Rejections, failure, and crashes do not stop our dreams from coming true.

If rejection did stop our dreams from coming true then “The Rejects” led by John Shuster would never be at the Winter Olympics in Pyeongchang let alone take home the Olympic gold.

If fear of failure was the rule then Akwasi Frimpong, Ghana’s first Skeleton athlete, wouldn’t be dancing in celebration even though he came in dead last.

If crashes kept us down then Shaun White would not have landed back-to-back 1440s, a combo maneuver he had never even practiced, for the first time in his life to win his third Olympic gold.

Rejection, fear of failure, and crashes do hurt. They kick our butt. They might at times even make us feel worthless, weak, and defeated.

But they also can change the direction of our life.

John Shuster, skipper of the USA’s Curling team was cut from Team USA after a poor performance during the 2014 Olympics. But instead of letting rejection force him to quit, Shuster decided to change.

He worked on getting in better shape, starting first by cutting out pizza “3-4 times per week and lost 35 pounds,” according to an article in Business Insider.

Shuster then formed his own team of “rejects,” some who had also been cut, and went on to lead Team USA to its first-ever gold in Curling.

Akwasi Frimpong, a native of Ghana, became one of the best track and field stars in his adopted country the Netherlands. He became the 200m Dutch national junior champion at the age of 17 in 2003. Later on, he ran track and field for Utah Valley University where he graduated in 2013. But then an Achilles injury forced him to change sports. Inspired by the Cool Runnings Jamaican bobsled team, Frimpong made the Dutch bobsled team only to be cut just before the 2014 Sochi Olympics.

Frimpong’s bobsleigh coach encouraged him to try skeleton but the athlete wasn’t thrilled. “I didn’t think I really wanted to do it,” he says. “A third sport trying out again, I was afraid of getting disappointed again. But my wife is the one that told me, ‘Hey, I don’t want you to be 99 years old and still be whining about your Olympic dream, so let’s go for it’.”

Frimpong tried out the skeleton in Utah. A sport that usually takes four to six years to master, Frimpong fell in love with skeleton and within two years reached 95th in the world rankings. But he needed to be in the top 60 to qualify for the Olympics, a feat he accomplished January 15th of this year. And though he came in dead last in Pyeongchang, you wouldn’t know by watching his enthusiastic “Frimpong Fever” dancing at the end of his final run.

Shaun White was already a two time Olympic gold medalist, in 2006 and 2010. But after a fourth-place finish in Sochi, something he called “the worst thing [he] could have imagined,” White had to do a reset.

“To be honest my mindset just wasn’t really there,” White said, “It’s hard to say, it sucks. When your mind’s not there, you can be as strong as you want, you can be the best rider, but if your head’s not in the right space it just won’t work.”

White smashed his face on the edge of the halfpipe in October 2017 when he lost control practicing the 1440. The crash left him feeling “a bit terrified,” he told USA Today. “It’s just like this visual flashing in my head of what happened. I know I can do the trick, but I knew I could do the trick when I crashed.”

“Horrible as it was to have this injury,” White added, “I feel so alive because I was able to conquer my fears and go back and do the trick and do it perfect.”

And perfect he was. At least gold medal-winning perfect.

I believe failure and his miserable companions can be a catalyst to cause great things to happen. I believe they create perspective and awareness, encouraging and sometimes forcing us to refocus our efforts.

Best yet, each one, if we allow it to, will help refine our abilities and strengths.

We each our an Olympian in our own right. Our journey to the gold medal of life is full of rejection, failure, and crashes.

We can be inspired by the examples of the great athletes

But if we really want to change, we must do.

Jessie Owens, “Hero of the 1936 Berlin Olympics” and “perhaps the greatest and most famous athlete in track and field history,” taught we must do with “an awful lot of determination, dedication, self discipline, and effort.” 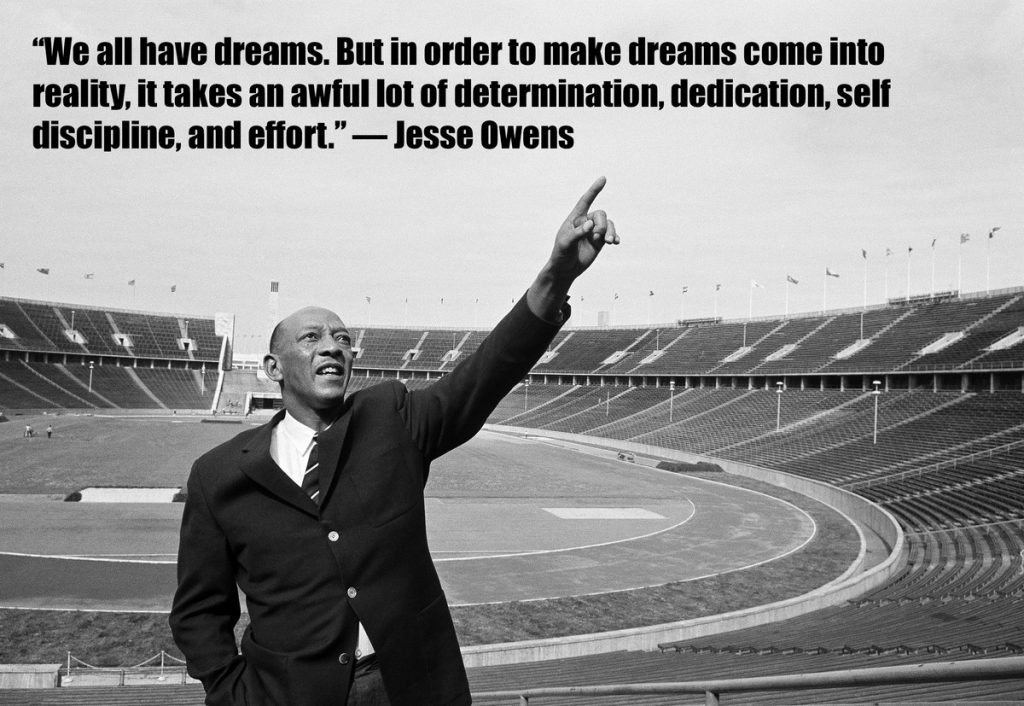 The choice is ours.

Time to get up and win the race!

p.s. Take 13 minutes today to consciously work on replacing fear of failure with determination for success.