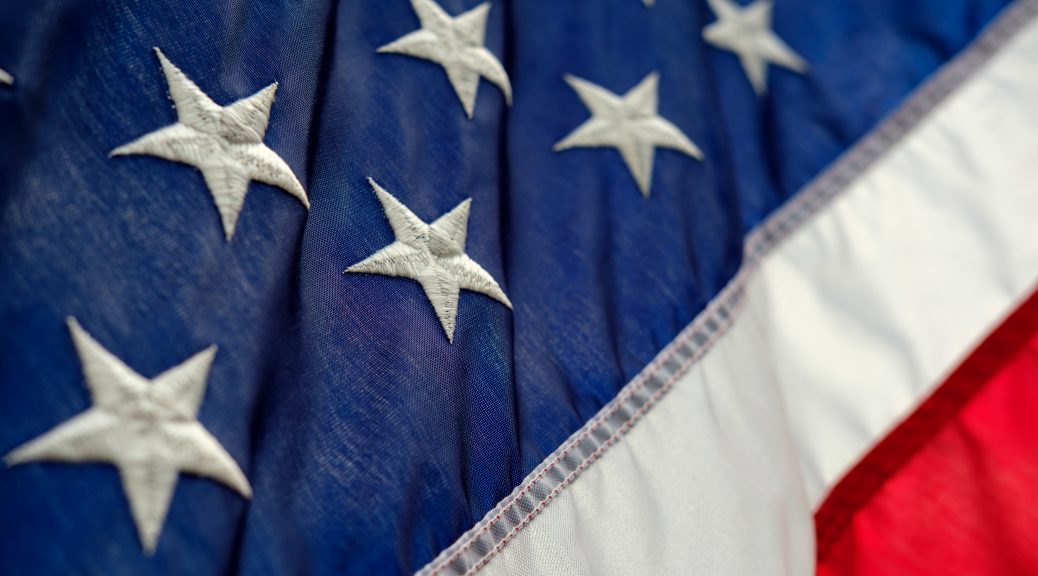 The Fourth of July, Independence Day, offers us the chance to reflect on what it means to be an American.

There are lots of easy answers, such as, “Life, liberty, and the pursuit of happiness” as boldly declared in our Declaration of Independence.

It’s popular to attempt to sum up what it means to be American in meme-worthy words and phrases: Freedom. Patriotism. Red, White, and Blue. The Flag.

Some define America by activities, such as parades, fireworks, picnics, camping, and baseball games. That theme is echoed in this iconic advertising jingle that ran from 1974-1976 (click the link to watch; it’s great!), Chevrolet boiled it down to:

“Baseball, hot dogs, apple pie and Chevrolet, they go together in the good ol’ USA.” 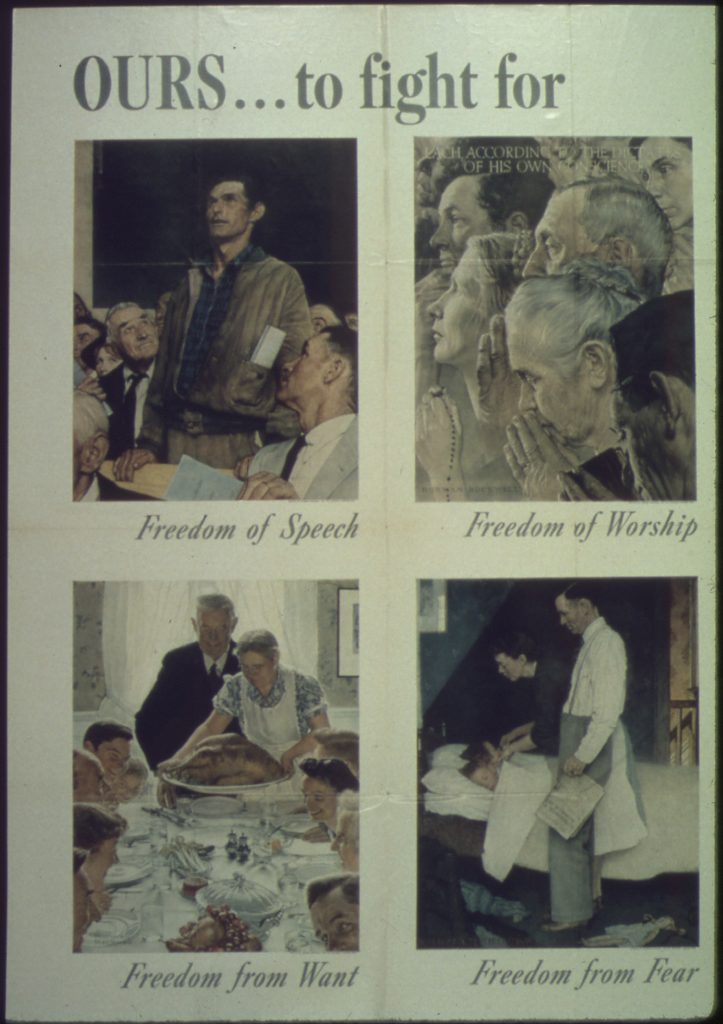 President Franklin Delano Roosevelt, in his January 1941 address to Congress, “articulated his vision for a postwar world founded on four basic human freedoms: freedom of speech, freedom of religion, freedom from want, and freedom from fear.”

The painting series has long been a favorite of mine, as is what the Four Freedoms represent.

WHAT DOES BEING AN AMERICAN MEAN TO YOU?

I reached out to see what being an American meant to you. Here are a few of the responses I received.

“Americans are some of the most generous givers to charity in the world. I guess that’s something that makes me proud to be an American.”
— Jake Jones

“It means knowing my country has my back and I have its [back].”
— Christopher Rolando

“To me, being an American citizen is about being part of the progress. We as a nation have never been perfect. We have some embarrassing issues in our past. However, if you look at our history, you can see us becoming more inclusive and understanding. We are all able to be part of the constant positive change. I tend to look at our trajectory as a nation more than individual issues. We are great because/when we all participate.”
— Jeff Low

“To me, it means having the freedom to explore any occupation or education that I want. And also make my own choices for medical care which is, unfortunately, being threatened. It also means that my government is in bed with organizations that don’t have our best interests at heart and the entire way things have been done need to be destroyed and recreated.”
— Candice Mallicoat

Most Americans were born American citizens. Few of us know what it is like to work hard to become a bonafide citizen. For those who have to go through the process, it’s quite the, well, process.

Like a 10-step process that can take years. Some of the basic requirements include being 18 years old, be a green card holder, and residing in the United States for at least five consecutive years. Then there is the N-400 application (which you better not make a mistake on), background check, biometrics appointment (fingerprints, etc.), and the in-person interview.

Then there is the Citizenship Test. I’ve always heard it’s a bear to pass, and the real test may be. The U.S. Citizenship and Immigration Services offers a practice test which I took for the first time ever. Take the test yourself and see how you do. I’m honored to say… drum roll please… I passed with a 20 out of 20!

Sid Roderer is one who understands the citizenship process. Sid is a friend of mine who recently received her American citizenship. In her honor, I have penned this poem as a soft reminder to myself that I never forget what it means “to be one of us.”

TO BE ONE OF US
By Les Patterson

You walked a path most have not
Nor will they ever
A journey of sacrifice
To be one of us.

Most are citizens by birth
No effort needed
While you made the choice
To be one of us.

Patience you have exercised
While you have waited
A perspective you have gained
To be one of us.

Some may ask if the effort
Really is worth all
You have persistently done
To be one of us.

While that solemn answer lies
Deep within your soul
We should ask ourselves what it means
To be one of us.

Do we know the costly price
Paid for our freedoms
The sacred utmost farthing
To be one of us?

Do we know the voices loud
Shouted from rooftops
Proclaiming new liberty
To be one of us?

Do we protect our freedoms
Rights and liberties
Granted to each citizen
To be one of us?

We have much we need to learn
From one such as you
Who has also paid a price
To be one of us.

You’re now an American
Congrats justly due
You’ve reminded what it means
To be one of us.

STAND FOR THE FLAG

As you enjoy the Independence Day festivities, parades, fireworks, family, camping, etc., please remember to stand for the Flag.

As there is confusion about if you should stand for the Flag in a parade only the first time it passes or every time, I pass on what I have learned.

After some research, I discovered multiple sources indicating during a parade we need only stand for the Flag the first time it passes by, generally at the lead of the parade.

Interestingly, I have observed many veterans tend to stand and render respect every time a regular-size flag passes before them. It may be a habit carried over from their military days.

Or it may be they, above all, understand the price that has been paid for those Colors to freely wave.

Have a great Monday and Fourth of July! Thanks for letting me share!

p.s. Take 13 minutes today to focus on what it means to you to be an American.