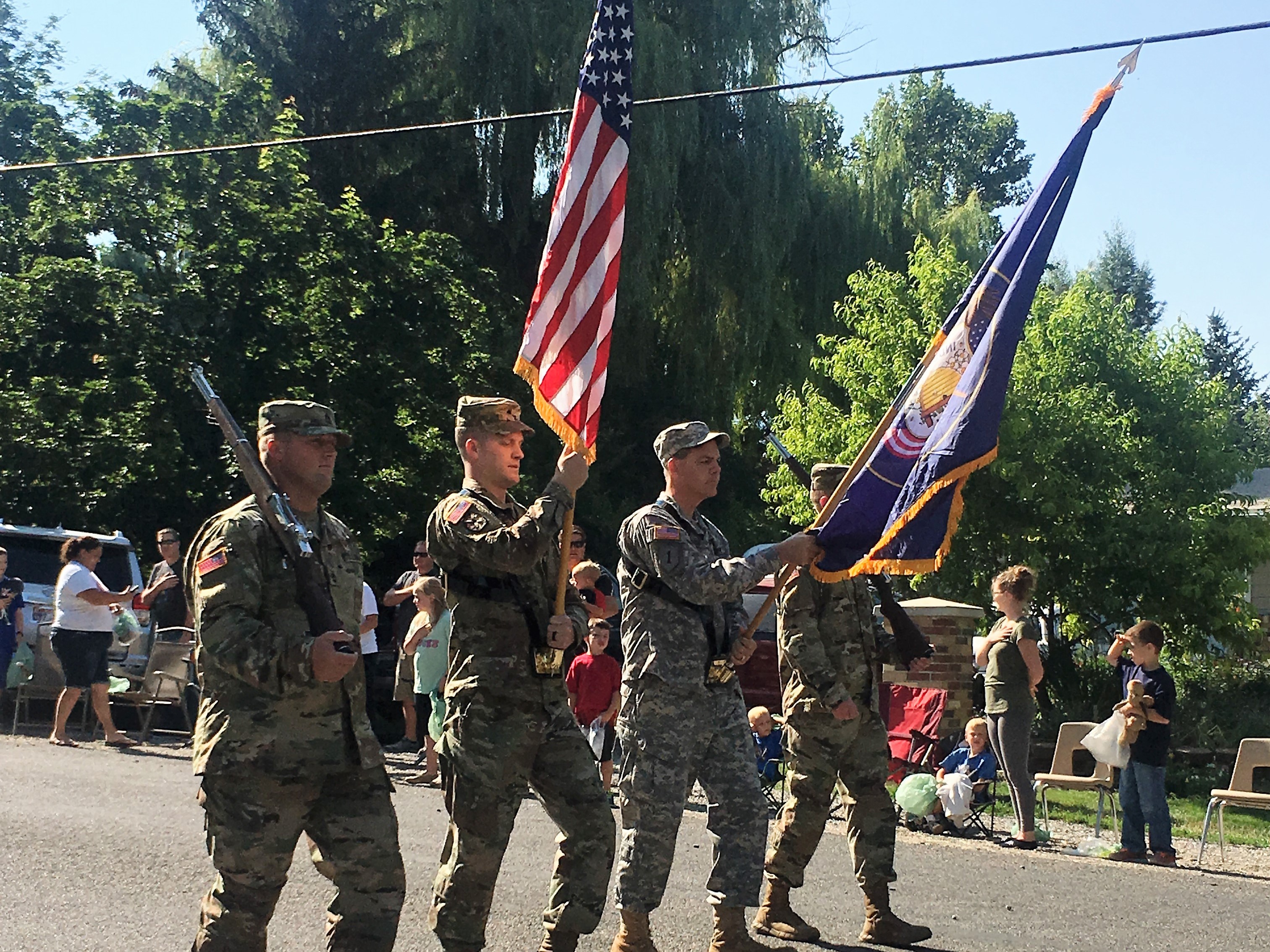 As you enjoy your Independence Day festivities, in whatever manner you are able to celebrate this year, I encourage you to remember to Stand for the Flag.

This year being void of many traditional activities, Standing for the Flag can take on many forms. Here are a few suggestions:

They seemed quite old coming down the street that sultry Fourth of July morning.  There were four of them, one with a noticeable limp, marching side-by-side.  An awkward, out-of-practice cadence, kept them in step.

I was a young teenager that summer and anyone older than mom and dad seemed “quite old.”  A casual observer may have wondered if the four veterans were too old to be laboring down the street.

The American Flag leading the parade is almost always carried by veterans. Growing up it was veterans of World War II. As time passed, the old soldiers of the Greatest Generation silently faded into obscurity. The solemn duty, always carried out with dignity and honor, was handed down to veterans of the Korean and Vietnam eras. At one point it would have been the Dough Boys of World War I who would have carried the Flag leading the parade.  If only The Great War, as many called it, lived up to what many others called it: “The War to End All Wars.”

Today, it most likely veterans of Iraq, Afghanistan, and the War on Terror.

I’ve had the opportunity a few times to be one of those vets. Two years ago it was my honor to march alongside my son Cody, as you can see in the photo.

In traditional years with parades and community activities, Standing for the Flag creates opportunities to literally stand for Old Glory as She passes during a parade. When the time comes you next attend a parade, I urge you to notice the veterans who tend to stand at firm attention with honor as they salute the Flag.

While their attention to honoring the Flag is often a habit carried over from their military days, they — above all — understand the costly sacrifice laid upon the altars of freedom and paid for the Red, White, and Blue to freely wave.

p.s. Take 13 minutes today to focus on how you will Stand for the Flag.