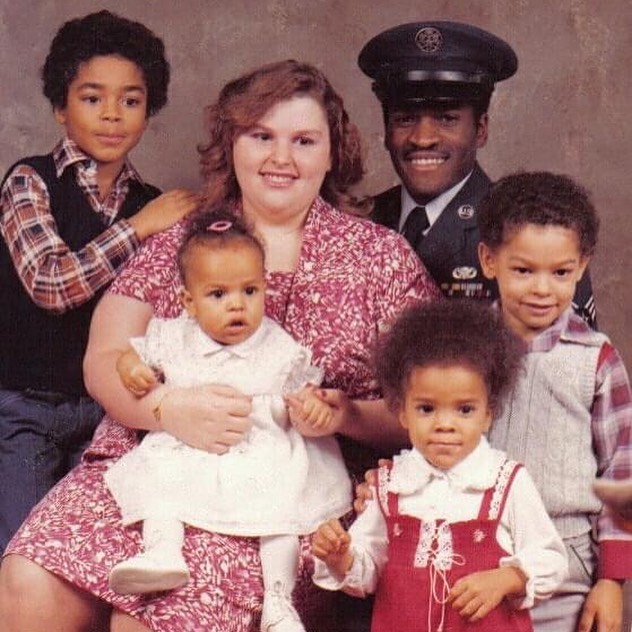 I used to think it was important to not see another person’s color or race.

MY STORY WITH COLOR & RACE

I only recall seeing very few black people while growing up and that was mostly on trips to Salt Lake. In high school, there was only one black student I knew off and he was only there for a little while. I think he was a foster student and it seems like he was often in trouble for fighting. I don’t recall the other boys he was fighting being in trouble. While that is simply my memory, I do wonder if it was indicative of something more.

Though my exposure to black people up through high school was very little, my exposure to other cultures and races was not though it was limited primarily to Navajo students.

Richfield was home to the “Indian Dorm,” a residential living facility for high school students from the Navajo Reservation in Arizona. I knew several of the students through our shared involvement in the Vocational Agriculture classes and Future Farmers of America. As part of the FFA program, the Navajo students would raise beef cattle in a corral behind their dorm. A couple of years I helped feed their calves while they went home over Christmas break.

For perspective on the issue we’re discussing, during high school I also went on dates with a couple of Navajo girls.

THE ARMY – WE ALL BLEED THE SAME

My time in the army introduced me to many more cultures, colors, and races. Drill Sergeant Dennis was a very tall black man who became a wonderful mentor to me. Our two senior platoon leaders were comprised of one private who was black and one who was Hispanic.

In the army it was rare for me to see color as what I saw first was the uniform. Though one experience made the reality of skin color hit me hard. I was in the PX (Post Exchange – army convenience store) when I literally bumped into a private from another unit. As was habit, we each immediately looked at each other’s name tags and then reacted in shock to see we both had the same last name.

One other thing the army taught me… No matter our color, we all bleed red.

Our time living in married student housing at Utah State University in Logan was like an international melting pot. We had neighbors, many who became friends, from around the world. Specifically, close friends from Korea, Taiwan, Botswana, and Nigeria.

AN UNCOMFORTABLE CONVERSATION WITH A BLACK MAN

Now it’s time for an “uncomfortable conversation with a black man.”

The idea came first then the name, which I am borrowing from Emmanuel Acho and his series of the same name. Acho, a former NFL player, says, “Uncomfortable Conversations with a Black Man, is a safe place to have the uncomfortable conversations about race that many white people have never been able to have.” I enjoyed this one with Matthew McConaughey.

This is the kind of conversation I hope to have with my friend Nate Derring (that’s him in the top left of the photo with the family he grew up in). Nate’s adopted father was in the Air Force so Nate grew up all over the place. From elementary school in England to high school in Illinois and Utah, then to Vegas. He moved to Cache valley 19 years ago to raise his family, because, as Nate says, he wanted “a better life for my kids.”

And he’s been a business owner for the 19 years I’ve known him, primarily in car sales.

Nate and I have had some great conversations over the last few weeks, and we are doing to have another one you are invited to be part of it. Nate will be my guest on Red Edge Live, streaming live on Facebook this Thursday at 10am Mountain time.

We’ll have an uncomfortable conversation about racial issues. I don’t expect the answer to be easy. But I do expect we can have a productive conversation.

I hope you will join us and let your voice be part of the conversation. Or simply listen and learn. Follow me on Facebook to be notified.

p.s. Take 13 minutes today to be part of an uncomfortable conversation.

One thought on “Monday Morning Boost: An Uncomfortable Conversation With A Black Man”