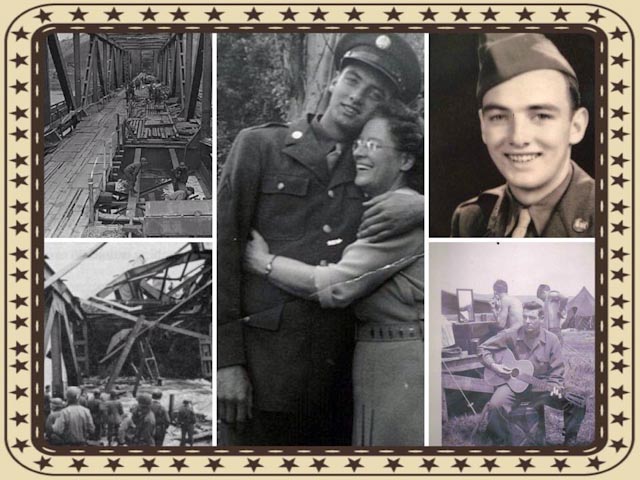 I grew up with Uncle Marvin being part of my life. He and Aunt Connie lived just down the street. While technically my great-Uncle, his son Richard, Stitch as we called him as kids, was my age and we were cousins who grew up together.

Uncle Marvin passed away October 28 at the age of 95. Read his obituary here.

Uncle Marvin was the local milkman when I was a kid. He worked for Ideal Dairy, bottling the milk and making ice cream. By the time I hit high school, Uncle Marvin was there as well, working as a custodian. Uncle Marvin and his cohorts Thad and Bill were loved by the kids at school. They perpetually teased the girls and jostled with the boys.

Uncle Marvin loved being with kids. Every girl was beautiful to him and every boy popular. He made a point of building our confidence without us realizing it. Few teachers or coaches impacted as many students as Uncle Marvin. Even in his “old age,” he still loved being around the kids. For many years on Sundays he served in his church’s nursery, down on the floor playing with the youngest children. While he was no spring chicken, you wouldn’t know it watching him.

Uncle Marvin was a World War II vet, something I didn’t actually know about him when I was a kid. Drafted at the age of 19, he was sent to “England, France, and Belgium then to Germany, Luxemburg, [and] Holland.”

While in England, Uncle Marvin had his first experience with the impact of war. When he saw people “carrying buckets of water on these yokes that go across [their] neck,” he thought they were “a little behind the times.” It didn’t take him long to discover the austere “black-out” conditions the English were living under.

Uncle Marvin’s boat trip across the English Channel on Christmas Day 1947 (or 1948) nearly did him in. Severe sea sickness set in right after the first meal leaving him extremely sick and too weak to get out of his bunk low in the bottom of the ship. For eleven long miserable days he was left to suffer mostly alone.

At least some strength returned by the time the ship reached the French coastline to allow him, and the rest of the ship’s passengers, to hike all night long through the snow. “I don’t know how many miles,” he records in his oral history. “It took us nearly all night to get there. There was really deep snow. We marched and marched and marched and it was bitter cold. When we got there – there to where we were going – we were going to stay in this big castle. But when we just about got settled, here came this other group that was right behind us, and their ship hit a mine on the English Channel and so they lost everything they had. They were all wet and miserable and they got the castle and we had to make tents or whatever and sleep on the snow.”

During that frigid winter, Uncle Marvin credited the “umpteen thousand shots” for why they “didn’t catch colds and things when we got in zero weather and got wet and had to sleep out in the snow and stuff.” I’ve often reflected on what was left unsaid with the simple phrase “and stuff.”

Uncle Marvin was a combat engineer; shovel in hand with a rifle constantly on his shoulder. He built roads, maintained roads, built bridges, and sometimes blew up bridges.

Specifically, he was a demolition expert. Today we would call him EOD – Explosive Ordnance Disposal. EOD is the bomb squad you hear about when someone has found a suspicious package.

As a demolition expert Uncle Marvin took care of landmines. When one was detected he would low crawl on his belly up to it. Then gingerly probing around it with his bayonet he worked to determine what kind it was and render it safe or dispose of it. One time when his sergeant sent him up the road a safe distance the sergeant’s work didn’t end so well. All they found was his bayonet, and flung up high in a tree, his pistol belt.

Another time Uncle Marvin was sitting in a window looking out at a group of men reading letters from home. A small spotter type plane flew over and dropped a bomb that lit right on the men. Uncle Marvin took shrapnel to the wrist. He still has the scar. Nothing was left of the men.

If the only service Uncle Marvin gave was as one of the Greatest Generation, that alone would be enough. Yet, his incredible love of country pales in comparison to the devoted love he gave to his first wife Madge (my grandpa Corky’s sister) in the 13 years they were married before she passed away, and to his beloved Connie through their 59 years spent together.

Uncle Marvin knew what it meant to be a dad. He loved his 6 children, 39 grandchildren, and 42 great-grandchildren. He paved a path for them to follow, a path focused on the deep affection of sustaining love.

That abiding love, one focused first and foremost on his love for God, was his greatest gift I believe. His love of God guided his every thought, helped him see greatness in the downtrodden, and helped others to also have such a vision.

I was a beneficiary of his love that had no limitations. His welcoming smile and gentle yet powerful voice filled my soul with greatness every time we met. His embrace was strong even when it wasn’t as firm.

p.s. Take 13 minutes today to enjoy remembering one whom you miss and love.

NOTE: I extend special thanks to Uncle Marvin’s children for sharing these photso and memories which were gathered at his 90th birthday celebration. Thank you cousins.

Check out last week’s Red Edge Live conversation with Michelle McCullough as we explore the connection between happiness and productivity. 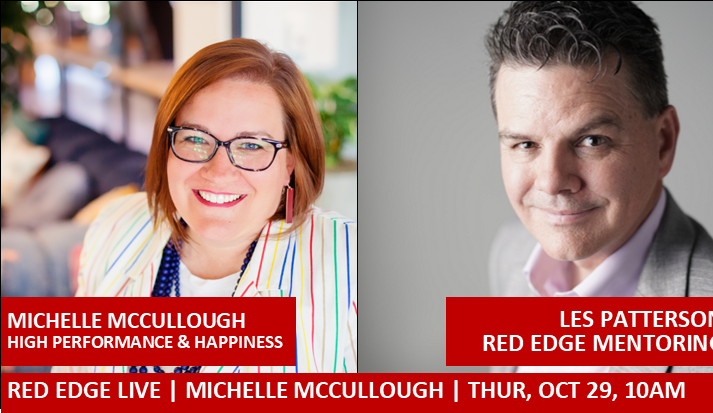