He felt lost in the soul but content living in his ramshackle camp. He was tall though it was hard to tell as he was quite hunched over. His face hadn’t seen a razor in several weeks and his hair was matted and dirty. When he smiled, which he did quite easily, I could see he was missing a few teeth.

A worn-out tent along with an equally worn-out sleeping bag was his home. A stuffed army duffle bag, faded olive drab green, looked to be stuffed with clothing. Outside the tent were a dented Coleman propane stove, a saucepan, a frying pan, and a small coffee pot that was once shining stainless steel but now mostly blackened by many campfires. He had a tin cup.

I knew his name at the time but have since forgotten. But I will never forget who he was and why it was important to me.

He was a veteran.

THE COST OF FREEDOM TRIBUTE

John is a Vietnam veteran. He is one of the majority who came home from that conflict. Broken but alive.

To honor those 58,000, an 80% scale replica of the Vietnam Memorial Wall will be in North Logan in northern Utah as part of the Cost of Freedom Tribute. The replica wall stretches over 380 feet long and contains all the names listed on the actual wall in Washington, D.C.

The Cost of Freedom Tribute is a traveling exhibit from American Veterans Traveling Tribute (AVTT) and will be here in support of the Cache Valley Veterans Association. Along with the Vietnam Wall replica, there will be memorial tributes to World Wars I and II, Korean War, Vietnam War, Deseret Storm, and the wars in Afghanistan and Iraq.

The 9/11 Tribute will be of particular interest in recognition of nearly 20 years since the attacks of September 11, 2001. The tribute will recognize each of the four doomed flights, the casualties, and the “Not Forgotten” memorial in New York City.

On Friday night starting at 6pm sharp there will be a special “Honors Ceremony” followed by a benefit concert as part of the Cost of Freedom Tribute. The event will feature musical performances, a patriotic program, and a concert.

It will be my honor to be the featured speaker that night. I will be sharing a message of hope for our veterans and those who support them. 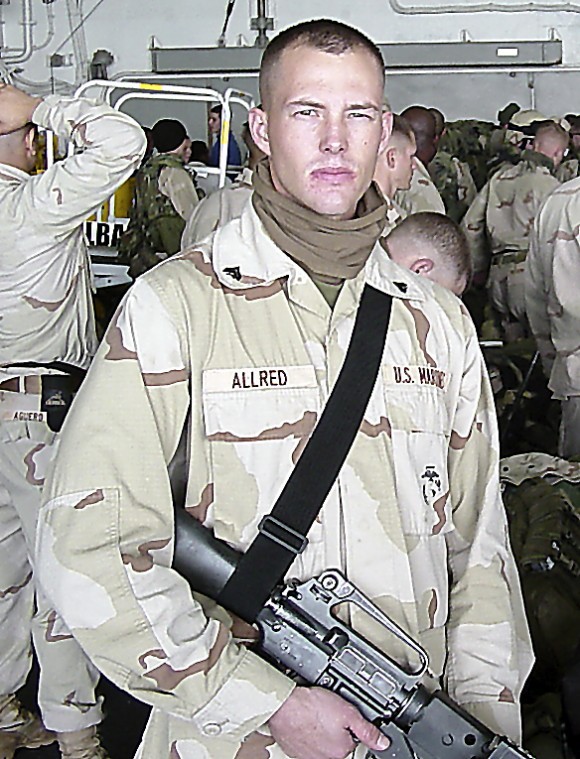 RIDE FOR THE FALLEN

On Saturday will be the Michael J. Allred “Ride for the Fallen,” also at Elk Ridge Park. Over 100 bikers are expected to participate in this annual motorcycle tour of northern Utah and southern Idaho. The highlight of the event will be a public ceremony at 10am to honor all of Utah’s Fallen Military.

The Ride for the Fallen was started by the family of Lance Corporal Michael J. Allred, a U.S. Marine and the first combat casualty post 9/11 from Cache Valley. He was killed in action in Iraq on September 6, 2004.

As many of you already know, Michael was also my friend.

This week is an opportunity to be part of something bigger than yourself, to remember those who have served, and honor those who have paid the ultimate price for our freedom.

Walk the sacred grounds. Feel the hope in a country so many are willing to fight for. Honor those who died serving.

And bring your children with you. And your parents, your neighbors, your friends. If you know a veteran, please make sure they know. Come with them.

Have a beautiful Monday! I love you, friends!

p.s. Take 13 minutes today to make a difference by remembering and honoring.