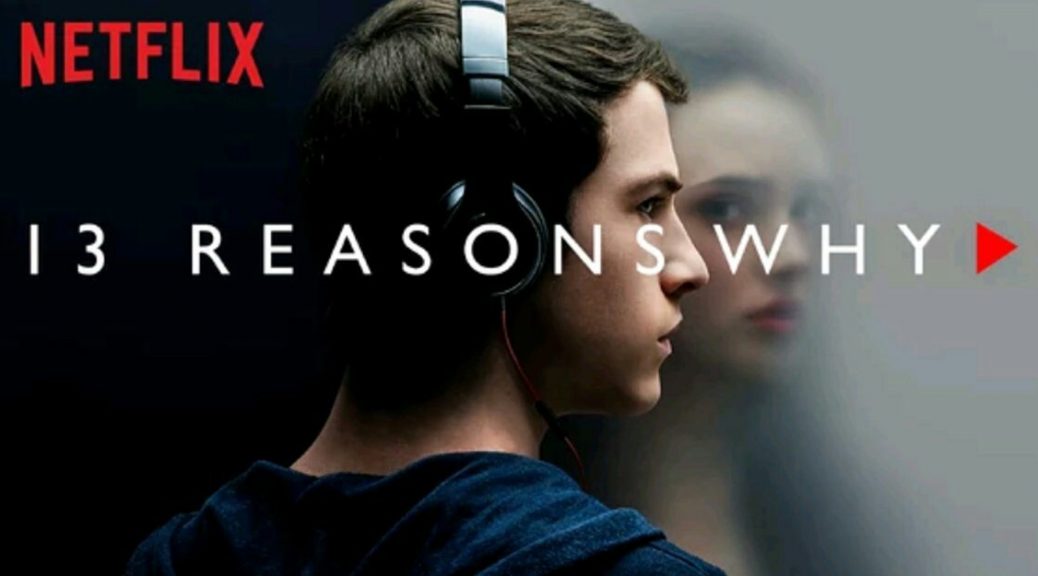 There are many reasons why we should talk about suicide.

13 Reasons Why is now one of them.

The raw and very graphic original series from NetFlix attempts to address the tough subject through the suicide of high schooler Hannah Baker. The girl records a collection of 13 cassette tapes explaining why she blames specific people for her suicide. Her intention is for each person to understand the impact they had on her life that resulted in her choosing suicide.

The story is told through the eyes of Clay, a friend of Hannah’s who also receives the tapes. As he listens to each tape, carrying out the instructions of a dead girl, he comes to better understand the harsh reality Hannah was living in.

This intended message is pretty clear throughout the series: Be kind. It just might make a difference.

I believe that is true. One hello, one smile, one act of kindness just might make a difference. A huge difference.

TALKING ABOUT IT MATTERS

I believe talking about suicide matters.

13 Reasons Why is adding to that conversation in a powerful way. Teenagers across the country are actively talking about the show, about bullying and about suicide.

It’s ignorant to pretend they are not.

Kids are dealing with bullying starting in elementary school. They are talking about suicide at that age as well.

Recently I was in a fifth grade classroom sharing stories of my military service in Iraq. Many questions made me smile. Some caused me to marvel at their insight.

And a few questions tugged at my heart, like the boy who asked about the 22 veterans who die by suicide every day.

A fifth grade student asked me this.

When I was in 5th grade I barely understood what suicide meant, even though my mom’s brother had recently, at the time, committed suicide. But that didn’t mean we talked about it.

We didn’t talk about bullying when I was a kid let alone suicide.

Kids today are talking about both.

Each level of their awareness is important to understand.

TO WATCH OR NOT TO WATCH

I have watched 13 Reasons Why all the way through.

But that doesn’t mean you should. In fact, I encourage you NOT to watch it.

There are many good reasons to watch, and just as many reason not to watch.

It very bothersome, raw, and graphic.

In today’s age of extremism, it seems graphic needs to be used in everything to get the point across.

Most of the extreme graphic parts of 13 Reasons Why could have been omitted and the story and the subject could still have been addressed very effectively.

Many argue against watching the show, saying “it’s dangerous” and actually glorifies suicide.

I agree with the many points why it is not good to watch.

That being said, I’m extremely grateful the show is causing people, particularly our youth, to more openly talk about it.

Unfortunately, there are still way too many who cannot express their feelings. Perhaps they don’t know how or maybe they don’t have a safe environment that encourages honest and open discussions.

It is for these individuals, or these situations, I’m grateful for the impact 13 Reasons Why is generating.

Harvard Medical School offers “5 things to tell your child about 13 Reasons Why” to guide your own thoughts and discussions:

I encourage you to be aware of 13 Reason Why. And specifically, talk about it.

I believe talking about suicide matters. Talking about tough subjects in a healthy manner is what really matters.

When we choose to talk about bullying and suicide we have the opportunity as parents, teachers, and caring people to guide a healthy discussion to either counter or complement the discussions our children are having when we’re not around. And they are having those conversations.

I witnessed teasing on the fifth grade playground that bordered on bullying.

I choose to raise my voice to draw awareness to the 22 veterans who die by suicide every day. I’m a passionate advocate for spreading hope and happiness. I strongly believe there is life after losing someone to suicide, a journey I’ve been experiencing this last year after losing my brother Shane to suicide.

13 Reasons Why is helping us talk about suicide.

p.s. Take 13 minutes today to review and process your own feelings about 13 Reasons Why. You may find the following discussion from Beau Babka helpful.

3 thoughts on “Monday Morning Boost: “13 Reasons Why” we should talk about suicide”