The first connection was a quiet moment between two people in a sea of thousands. Another was with a man from Minnesota working long term in the West. A couple connected with their junior high principal at a gas pump of a Flying J. And a not so young man danced with his aunt on a creaky backyard deck. 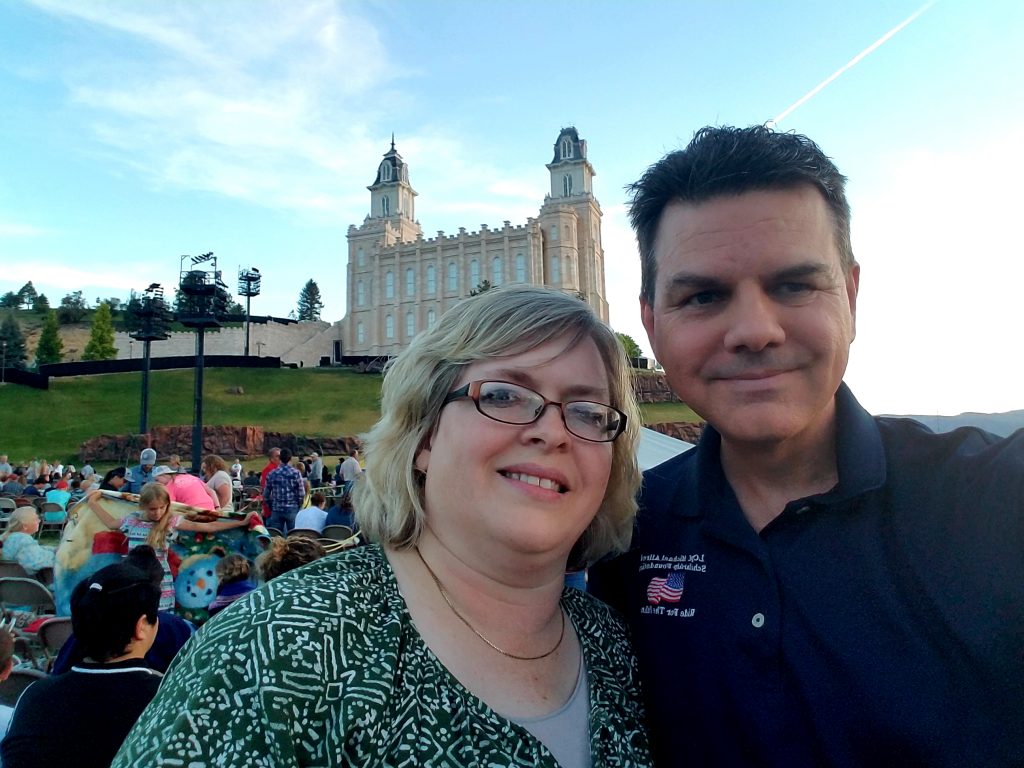 Elisa and I were engaged thirty years ago this summer after a date to the Mormon Miracle Pageant.

The Pageant is an elaborate celebration telling the historical story of the Mormon pioneers held on the grounds of the picturesque Manti Temple.

Elisa and I grew up going to the pageant with our families and church group, though she more often than I, and we never attended together. We grew up around the corner from each other, and her dad was my scoutmaster, but our age difference prevented our paths from crossing much through our teenage years.

Memories of that night, and the following day when the actual engagement occurred, came flooding back with a delightful clarity. We reminisced, shared stories, laughed together and shared more than a few a tears. 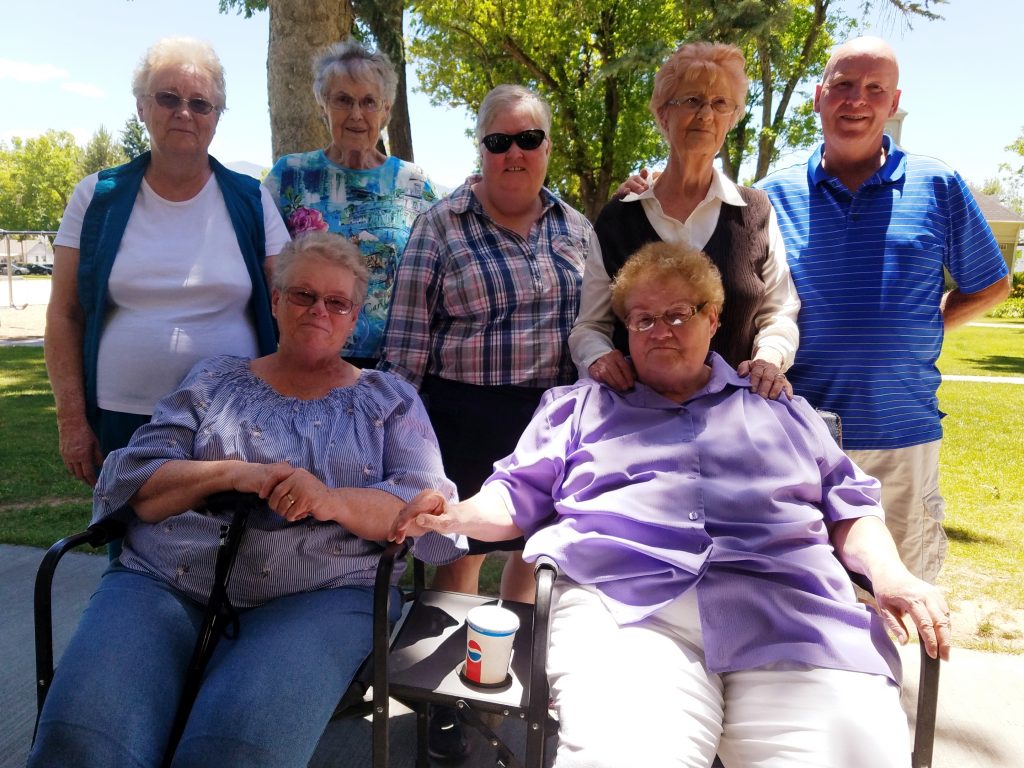 My dad’s siblings hold a family reunion every other year, generally somewhere in the Richfield area. Some years there is strong attendance. Others years, such as this one, the group is much smaller.

While it’s challenging coordinating the schedules of several multiple generational and extended families, it’s worth the effort to find ways to be together in person. Even if it’s just for a few hours on one day.

We gathered at the Richfield City Park Saturday afternoon to share stories, reconnect, and take pictures.

This year we had extended “extended” family join us. My dad’s mother Veone had a younger sister Ilynn who married Lavel Bradshaw from Beaver. Three of their children, who were close first cousins to my dad and his siblings, attended this family reunion.

Sharing stories is my favorite part of gathering with family, especially when I learn something new. One of my dad’s cousins shared her memory of my dad getting the younger cousins working in the potato pit then he would go off to change the irrigating water, a shovel over a shoulder.

That memory, dad with a shovel in hand changing water, is one of my most favorite. I enjoyed those moments we shared on the field and honored to have and use his last shovel. 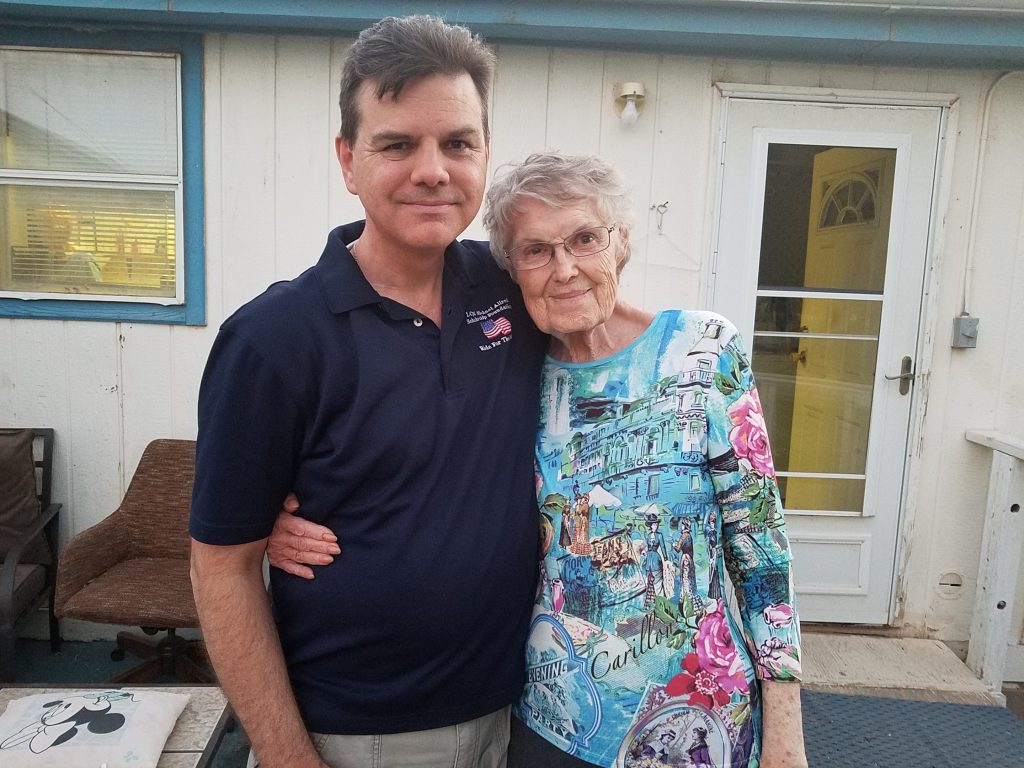 I always enjoy spending time with aunts and uncle, on both my dad and mom’s side. As their generation grows older, these connected moments together becomes even more priceless.

Saturday night, as we prepared to part for the evening, I enjoyed one such priceless moment with my Aunt Shirley. Our goodbye hug, short and tender, transitioned into an equally short and tender dance on a creaky backyard deck. 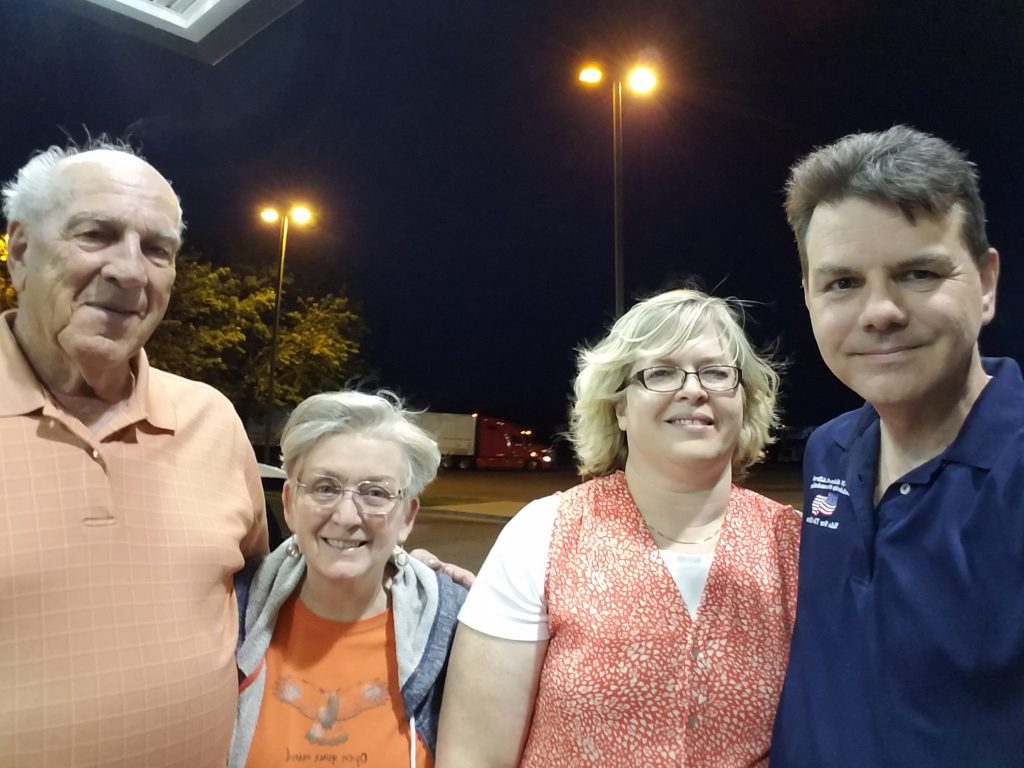 Now and then a random thought prompts a change in one’s traditional habits.

Such a thought Saturday night prompted a change in where we purchased gas. Normally we patron a particular Chevron owned by a local businessman. So I had to think twice, albeit briefly, when the prompting came to pull into the national chain Flying J.

I pulled into the station and started the 85 unleaded filling up our Nissan Rogue. In the opposite lane carrying out similar duties was Boyd Keisel and his wife Natalie. Boyd was Mr. Keisel when Elisa and I first knew him, principal of Richfield Junior High, the mighty Roadrunners.

I reconnected with Boyd, now in his mid-eighties, two years ago on the Fourth of July in Richfield. He was selling copies of his book, Gifting and the Stick, a collection of “most humorous tales, poignant reflections, and enduring wisdom… Inspired by the concept of living a gifting way of life, as well as by the allegory of “the stick.”

We made a few more connections…

Reggie, who has been working on assignment in southern Utah for the past three months learning a little thing about water shares, a slightly foreign concept back home in Minnesota.

The family we met sitting behind us watching the pageant for the first time, and the delightful reactions of one of their young children, including this one during one of the battle scenes: “They’re only ‘be-tending,’ right daddy?”

Some connections have a lasting impact. Some open doors to future opportunities. Other connections exist simply at the moment, made in passing, a shared smile, or the nod of a head.

Each moment of connectedness changes the world for the better, as writer and author Victoria Erickson echoes…

“Don’t simply brush away the inexplicable connectedness we’ll occasionally taste as we experience certain people, places and works of art. These mere seconds of quiet synchronicity and understanding count. They always, always count. You just have to know and believe it.”

Do you know it?
Can you believe it?