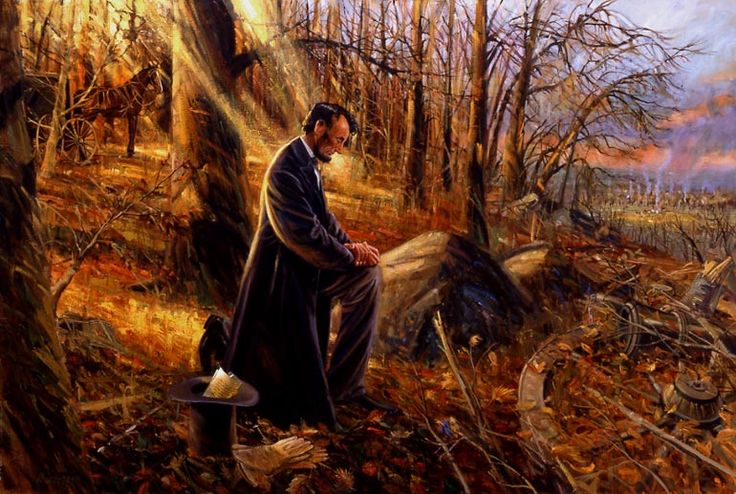 Four score and 75 years ago, on the first day of the month of July, our fathers of an age past, in the midst of their quest to preserve on this continent a new nation, commenced to fight for liberty on a swath of land called Gettysburg, dedicated to the proposition that all men are created equal.

They were engaged in the midst of a great Civil War, testing whether this, our nation, or any other nation so born, and so dedicated can long endure. They met on that great battlefield, a turning point of that war, a war in which over 10,000 soldiers were killed or mortally wounded, 30,000 injured, and 10,000 captured or missing. For more than 3500 of those killed, that swath of land called Gettysburg became a final resting place for those who gave their lives that our nation might live. It is altogether fitting and proper that we should remember them, this day, four score and 75 years afterwards.

But, in a larger sense, we cannot dedicate… we cannot consecrate… we cannot hallow that sacred swath of land called Gettysburg. The brave men, living and dead, who struggled there consecrated it, far above our poor power to add or detract. Though the world has long remembered, appropriately so, that which one man said on that swath of land called Gettysburg, we must never forget what many men did there, and all those who died there. It is for us the living, as that one man said, to be dedicated here to the unfinished work which they who fought there have thus far so nobly advanced.

It is rather for us to be here dedicated to the great task remaining before us, as aptly expressed by that one man, even Abraham Lincoln, that from these honored dead we take increased devotion to that cause for which they gave the last full measure of devotion… that we here highly resolve that these dead shall not have died in vain… that this nation, under God, shall have a new birth of freedom… and that government of the people… by the people… for the people… shall not perish from the earth. 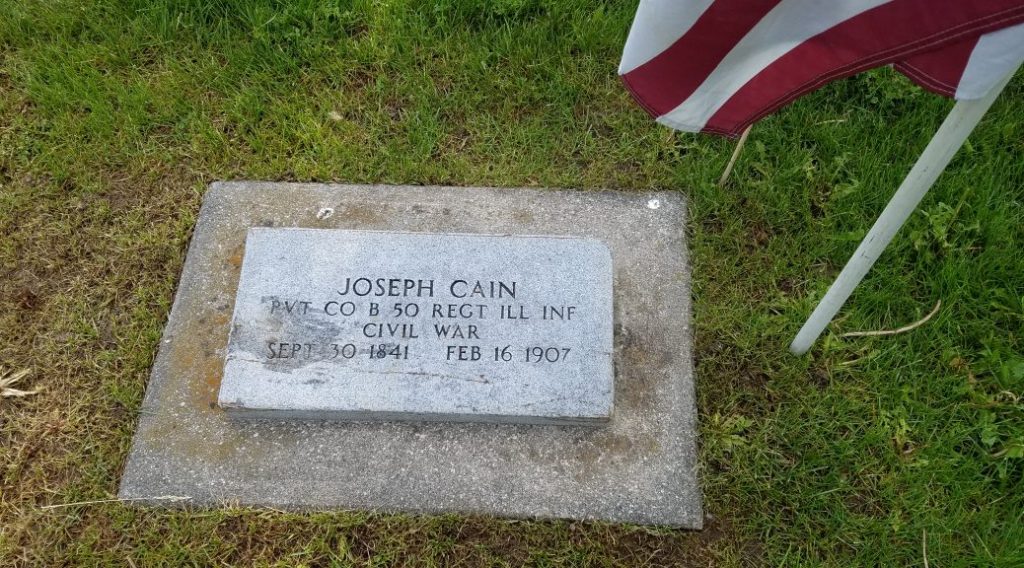 As we celebrate Independence Day this week, may we remember the freedoms we hold most dear by standing for the Flag when it passes in front of us on the parade route and pausing to give thanks to a veteran.

My thanks, in part, I strive to give by remembering and visiting the gravesite of Civil War Veteran Pvt. Joseph Cain who is buried in the Hyde Park Cemetery not far from my home. Pvt. Cain, who died in 1907, served with Company B 50 Regiment Illinois Infantry, a unit credited with several campaigns, including the Battle of Shiloh and Sherman’s March to the Sea.

Lastly, may we also remember that which commenced four score and 75 years ago on a sacred swath of land called Gettysburg.

p.s. Take 13 minutes today and remember the 155th Anniversary of the Battle of Gettysburg. This short video presentation is a good starting point.

Featured Painting: “To Save A Nation,” by my friend Larry Winborg.

Author’s Note: The words above are mostly those of Abraham Lincoln’s Gettysburg’s Address. I hope my treatment of these sacred words has brought honor and sacred remembrance.