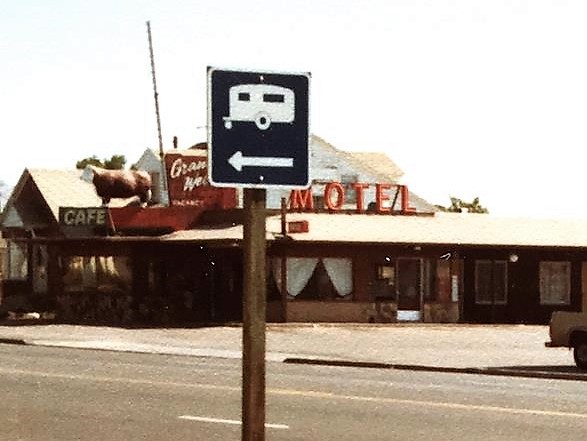 I started my first hourly job washing dishes at the Grand Western Cafe in Richfield, Utah.

I still remember the day when my dad came home and told me I was going to work at the cafe the following Saturday. This was in 1980 not long after 9th-grade started.

The Grand Western Cafe lived up to its name, starting with the lifesize Hereford bull majestically perched on top of his cafe throne as you can see in the picture above.

The booths at the cafe were filled and the bar was lined most often by farmers and blue-collar workers. Coffee was poured out black and liberally and bacon and eggs along with burger and fries was the common fare.

Table-talk conversations at the cafe seemed to always start with the weather before moving on to the three hot topics of the day: politics, religion, and water.

Seems not much has changed today.

Republicans and Democrats found welcome space at the cafe (though there was few of the latter) as did those who saw themselves as Mormons and jack-Mormons along with the occasional Baptist, Catholic, and Jehovah Witness.

Water seemed to be the only subject that raised the conversation to a heated level. As Wallace Stegner said, “Water is the true wealth in a dry land.”

Washing dishes and peeling potatoes, my two main duties, were not glamorous jobs by any means. But at least I had a job that paid me.

Prior to working at the cafe, I had been earning money mowing lawns for a few neighbors since I was 9 or 10 years old. I also worked with my dad on the different farms where he was employed at various times where I was paid with “character building” experiences.

I was paid $2.05 an hour working at the Grand Western Cafe, quite a bit lower than the minimum wage at the time of $2.90 an hour. Things were a little different back then in the small farming town I called home.

I worked at the cafe all through high school with no pay raises. Sometimes my paycheck was less than $20 for two weeks but it seemed to be enough at the time. Though the hourly wage wasn’t great, and the paycheck not big, the experiences, friendships, and lessons learning to work hard were pretty impactful. 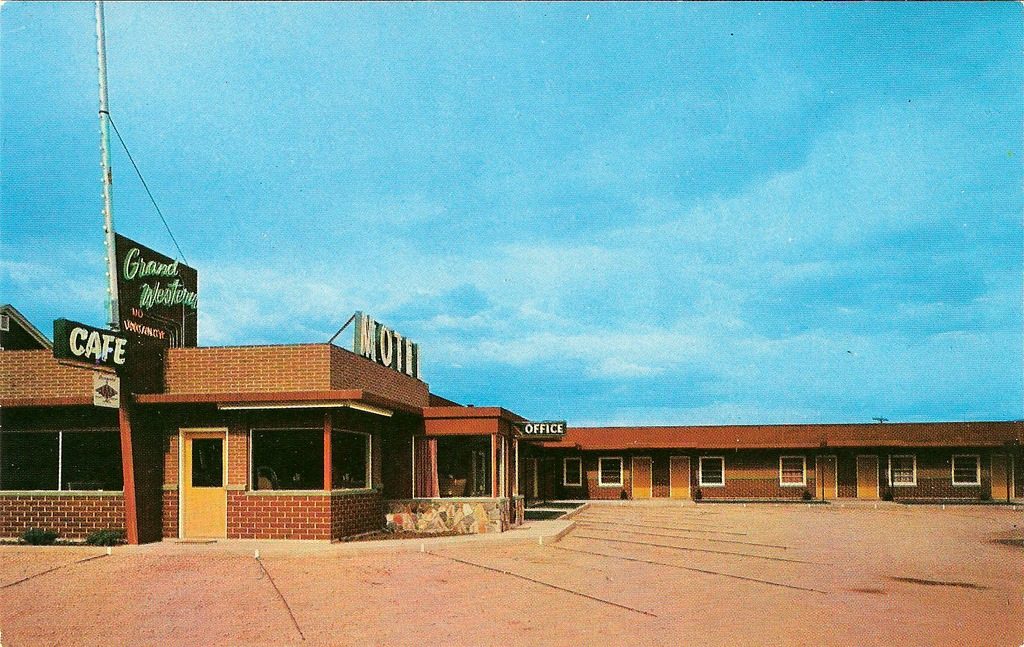 One of the greatest lessons came from a handful of dirty pots and pans and learning to do more than was expected.

Sometime during that first year working at the cafe, I had a night I came in to wash dishes and noticed my sink area piled high with pots and pans from the day shift. The way we worked, each shift had to clean up before they left. In this case, the responsibility, including washing all the pots and pans, belong to Trudy the dayshift cook.

This wasn’t the first time Trudy left a big mess for me to clean up and I was pretty frustrated. I figured enough was enough and it was time to do something about it.

Acting in the wisdom of a 14-year-old, I left the dirty pots as they were and stuck a note on them, wisely written I’m sure, saying the dayshift cook didn’t do her job like she should have.

I didn’t give the situation much thought until I came into work the next day. Imagine my surprise when I learned Rosemary, the owner of the cafe, was the one who ended up washing those pots and pans when she came in at 5am so she could get breakfast ready.

Rosemary was not very happy with me. But instead of just yelling at me, she took time to teach me what became a lasting lesson.

The restaurant had been slammed the day before, she explained. It took all their effort to stay on top of the orders. As a result, the dishes didn’t get done. Rosemary went on to teach me my role was to support the cooks not for the cooks to support me. That way, working together we could better serve our customers.

That was a pretty big lesson for a kid in the 9th grade. And though the real impact took years to manifest, the powerful lesson of the day has stayed with me.

What is one great lesson of your youth that has stayed with you over the years? How does it impact you today?

p.s. Take 13 minutes today to pass on a lesson you learned in your youth.

Cafe photos courtesy Stanley Poulsen and the Facebook group, “You Know You Are From Sevier County If.”

One thought on “Monday Morning Boost: Lessons From Washing Dishes”